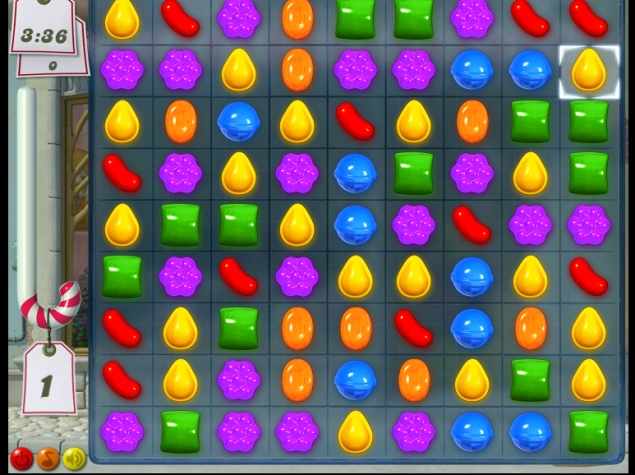 Snapchat, Vine, and Candy Crush Saga earned coveted spots on smartphones this year, making them among the most downloaded apps of the year.

There are more than a million apps on Apple Inc's App Store and Google Inc's Play store, the two dominant marketplaces for apps, which see billions of downloads each year.

This year, the most downloaded apps were new takes on communication, gaming, and entertainment, according to mobile app experts.

"2013 was a really interesting year in terms of maturation, milestones and new trends," said Craig Palli, chief strategy officer at Fiksu, a mobile marketing company based in Boston.

"The most downloaded apps were in familiar categories, but offered new twists," he added.

While old favorites such as Instagram, Facebook and Twitter - available for iPhone, Android and other devices - continued to be popular ways of communicating with friends, Snapchat eclipsed them in downloads in 2013, becoming the sixth most downloaded free app of the year on the App Store, according to Apple.

"Snapchat went from being a niche app to achieving much more critical mass, so much so that Facebook was reportedly willing to spend billions of dollars to acquire the company," said Palli.

With Snapchat, users can send photos and videos that disappear shortly after they are viewed.

Launched in 2011, the app's user base continued to grow rapidly in 2013, with over 13 million people using the app in October, according to the lastest available estimates from global information and measurement company Nielsen. In December alone, over 400 million pieces of content were shared through the app, according to Snapchat, based in Venice, CA.

Vine, a video sharing app released earlier this year by microblogging company Twitter Inc , was the fourth most downloaded free app in 2013. The app, for iPhone, Android and other devices, allows users to share videos under six seconds in length. Nielsen estimates over 6 million people in the US were using the app in October of this year.

Snapchat and Vine fall into a category that mobile analytics firm Flurry calls camera-enhanced messaging, which they said grew eightfold in 2013.

"The communications category underwent phenomenal growth this year. Messaging apps like Snapchat, Line, Kakao (KakaoTalk) and WeChat are all exploding and becoming bigger than the carriers in their home countries in terms of users," said Simon Khalaf, chief executive of San Francisco-based company Flurry.

Games were another popular category, with Candy Crush Saga for iPhone, Android and Kindle Fire securing its position as the top downloaded free app, and as the top revenue grossing app. It has been downloaded over 500 million times since its launch last year, according to its creator King, based in the UK. Nielsen estimates that over 20 million people in the US were playing the game in October of this year.

In the entertainment category, Pandora continued to be the leading way to stream music and was the ninth most downloaded, and third top grossing, app in 2013.

"Clearly the device has swallowed radio," said Palli. "Despite the new entrants, Pandora remains the dominant player in the space," he added.

But the biggest trend of 2013, according to Palli, is the emergence of apps as a way to control companion devices, which he believes will continue to grow in 2014.

On Christmas Day, apps that pair with devices were among some of the top downloaded apps on the App Store.

The Fitbit app, for iPhone and Android, pairs with an electronic wristband to track metrics such as steps taken, distance traveled, and calories burned. It was the 16th most downloaded app on December 25, according to Palli, who monitored the Apple rankings.

Other apps that pair with devices, such as Chromecast, UP by Jawbone, and GoPro were also among the top downloads that day.

Khalaf predicts that apps for televisions will be the trend to watch for 2014.

"I think 2014 could be the year the TV industry gets disrupted by mobile," said Khalaf.

"If you think about it, every American spends $100+ dollars per month on a service that is not personalized and not mobile. It's an area that's ripe for disruption and I think someone will come up with new content, maybe a new device and more importantly a better business model."