Snapchat users can get the AR lenses for Gudi Padwa, Vaisakhi, and Puthandu through the Lens Explorer feature. 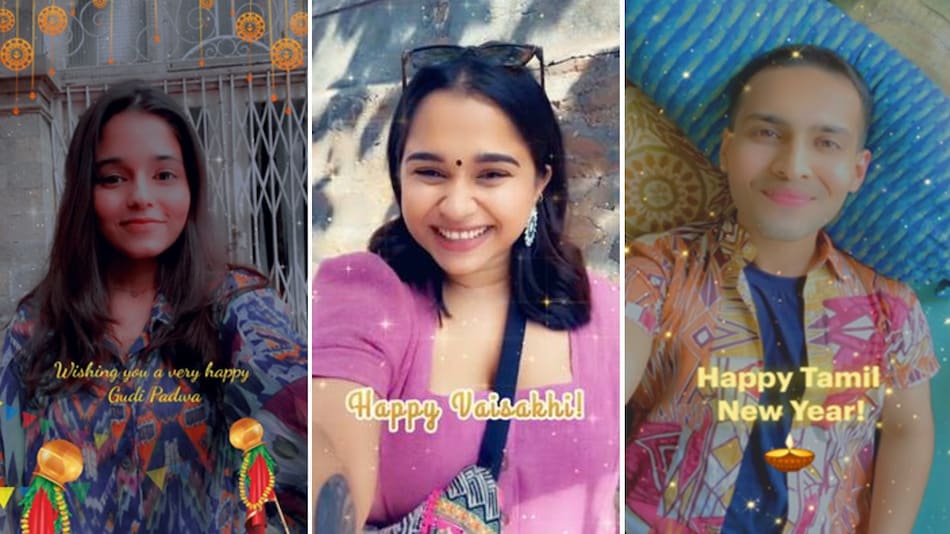 Celebrating Gudi Padwa, Vaisakhi (also known as Baisakhi), and Puthandu, Snapchat has launched localised AR lenses for India. The season of spring and harvest in India is known by many names. While it is called Gudi Padwa in Maharashtra and Goa, it is popular as Vaisakhi (or Baisakhi) in North India. The spring-time festival is also called Bihu in Assam, Pohela Boishakh in West Bengal, and Puthandu in Tamil Nadu. Snapchat lenses are available for access through its mobile app for Android and iOS devices.

The Snapchat app has featured AR lenses for Gudi Padwa, Vaisakhi, and Puthandu that all can be accessed directly by going to the Lens Explorer.

To celebrate Gudi Padwa, Snapchat has added a lens that features the traditional Gudhi. There is also a text to let users wish the beginning of the New Year in Maharashtra.

Additionally, Snapchat has featured the Puthandu lens that has a diya and starry patterns. The festival is celebrated as the first day of the traditional Tamil calendar.

In addition to the three lenses, you'll see some other lenses to let you celebrate Gudi Padwa, Vaisakhi, and Puthandu with your friends on Snapchat.

You can search for the dedicated lenses on the Snapchat app by tapping the magnifying glass icon from the top-left corner of the screen. Snapchat also lets you create your own lenses through the Lens Studio.

Lucy Liu Cast as Villain Kalypso in Shazam! Fury of the Gods