"We will not amplify voices who incite racial violence and injustice by giving them free promotion on Discover," a statement from Snapchat said. 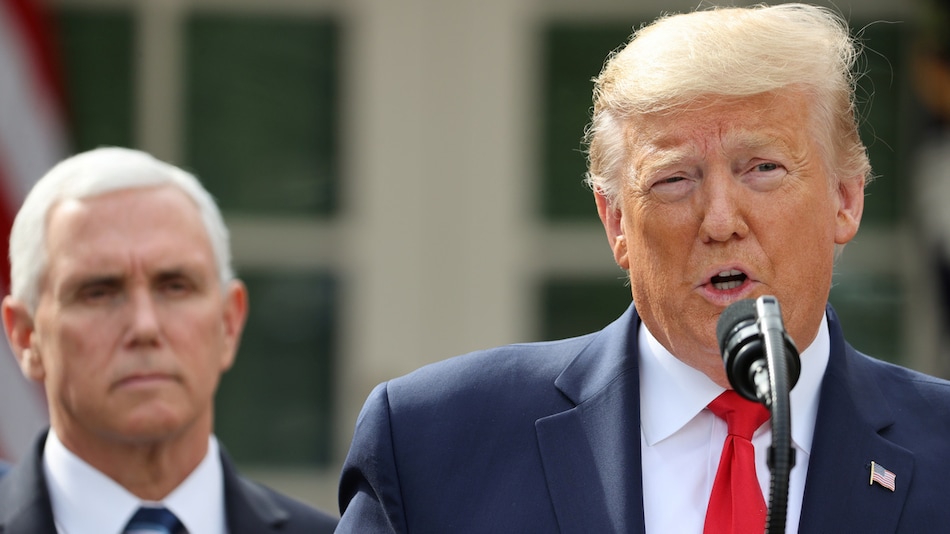 Snapchat will remove Trump from its 'Discover' section, while his account will remain on the platform

Snapchat on Wednesday became the latest social network moving to curb the reach of US President Donald Trump, claiming the president has been inciting "racial violence."

The youth-focused social network said it would no longer promote Trump on its Discover platform for recommended content.

"We will not amplify voices who incite racial violence and injustice by giving them free promotion on Discover," a statement from Snapchat said.

The move came days after Twitter took an unprecedented stand by hiding a Trump post it said promoted violence, heating up the White House war with Silicon Valley and social media.

Snapchat parent Snap chief executive Evan Spiegel over the weekend sent a lengthy memo to employees condemning what he saw as a legacy of racial injustice and violence in the US.

Snapchat will not promote accounts in the US that are linked to people who incite racial violence on or off the messaging platform, according Spiegel.

"Every minute we are silent in the face of evil and wrongdoing we are acting in support of evildoers," Spiegel wrote as companies responded to the outrage over the police killing of a black man in Minnesota.

"I am heartbroken and enraged by the treatment of black people and people of color in America."

The Discover feature at Snapchat is a curated platform on which the California-based company gets to decide what it recommends to users.

No longer recommended
Trump's account remains on the platform, it will just no longer be recommended viewing, according to Snapchat.

"We will make it clear with our actions that there is no gray area when it comes to racism, violence, and injustice -- and we will not promote it, nor those who support it, on our platform," Spiegel said in the memo.

Snapchat is particularly popular with young internet users, claiming that about half of the US "Generation Z" population tapping into news through its Discover feature.

"There are plenty of debates to be had about the future of our country and the world," Spiegel said.

"But there is simply no room for debate in our country about the value of human life and the importance of a constant struggle for freedom, equality, and justice."

Facebook looks away
The move by Twitter last week prompted an angry response by Trump, who within days signed an executive order calling for heightened government oversight of social platforms.

Trump accuses the platforms of "censorship" and limiting "free speech," but his critics say the president has distorted the interpretation of those terms and is himself seeking to regulate online content.

In contrast to Twitter and Snapchat, Facebook has defended its decision not to interfere with posts by Trump.

Facebook CEO Mark Zuckerberg reiterated his position in a call with employees this week, according to reports, despite criticism of the Facebook policy by civil rights activists.

The coronavirus pandemic has put an abrupt stop to traditional US political means of courting young voters -- forcing presidential candidates to turn to Snapchat instead.

The photo-sending app that boasts 229 million users -- better known for filters that turn your face into a puppy or a vampire -- is a new battlefield for opponents Trump and Biden, both of whom are in their 70s.

Last month, Ken Farnaso, the Trump campaign deputy press secretary, told AFP that Snapchat was an important element of the re-election effort and that the Republican was ahead of Biden on the platform.

"It's clear that we're wiping the floor with Biden's campaign," Farnaso said of the Snapchat effort.