Snapchat Gets Time Machine Lens, Lets You Change How Old You Look in a Real Time

You can switch between the front and rear cameras of your device to apply Time Machine lens on Snapchat. 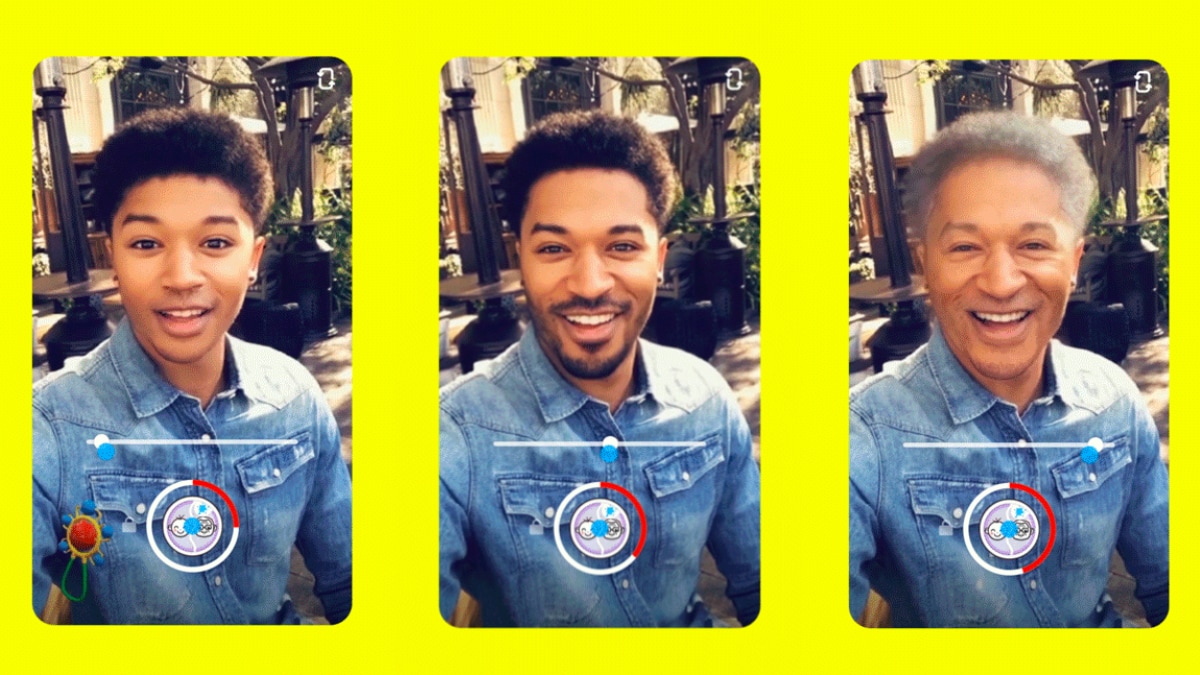 Snapchat has launched a new lens called Time Machine that allows you to change the appearance of your age simply by dragging a slider across your screen. The Time Machine lens uses advanced machine learning and training models to change your facial features and make you look young or old in a real time. Snapchat has made the new lens available for both Android and iPhone users. However, since it requires to process machine learning, the lens is accessible in live camera on a limited number of devices.

To experience the latest addition, you need to open Lenses Carousel on the Snapchat app by pressing the smiley button or tap on the screen and then look for the icon representing the Time Machine lens. You'll get the slider on the screen after selecting the new lens that you can adjust to the left to wind back the clock or slide right to add on the years. Once the desired time is set through the slider, tap or hold the on-screen shutter button to capture the Snap.

The Time Machine lens works with both front and rear camera sensors of your smartphone. This means that you will not just be able to virtually change your age using the new lens but also make your loved ones look younger or older. You just need to tap the rotating arrows on the screen to switch between the camera sensors. Further, Snapchat lets you export or save your photo or video created using the new lens by tapping the download button from the bottom.

To get the Time Machine lens, you need to install the latest Snapchat version on your Android or iOS device. It supports iPhone 6s and later models. However, on Android, the new addition only works with a list of newer devices that includes the Samsung Galaxy S10, Galaxy S10+, Galaxy S9, Galaxy S9+, Galaxy A70, Huawei P20 Pro, Huawei Y7, Huawei Y9, Redmi Note 7, OnePlus 6T, and Google Pixel 3a.

Apart from the list of supported Android devices, the Time Machine lens works with the post-capture functionality. This means that it will apply the change once you've captured the image. Snapchat introduced Lenses as a feature to let users add new effects to their photos and videos back in 2015. Currently, the company claims that more than 70 percent of its daily active users play with or view various lenses every day.