Point the camera and make it dance. 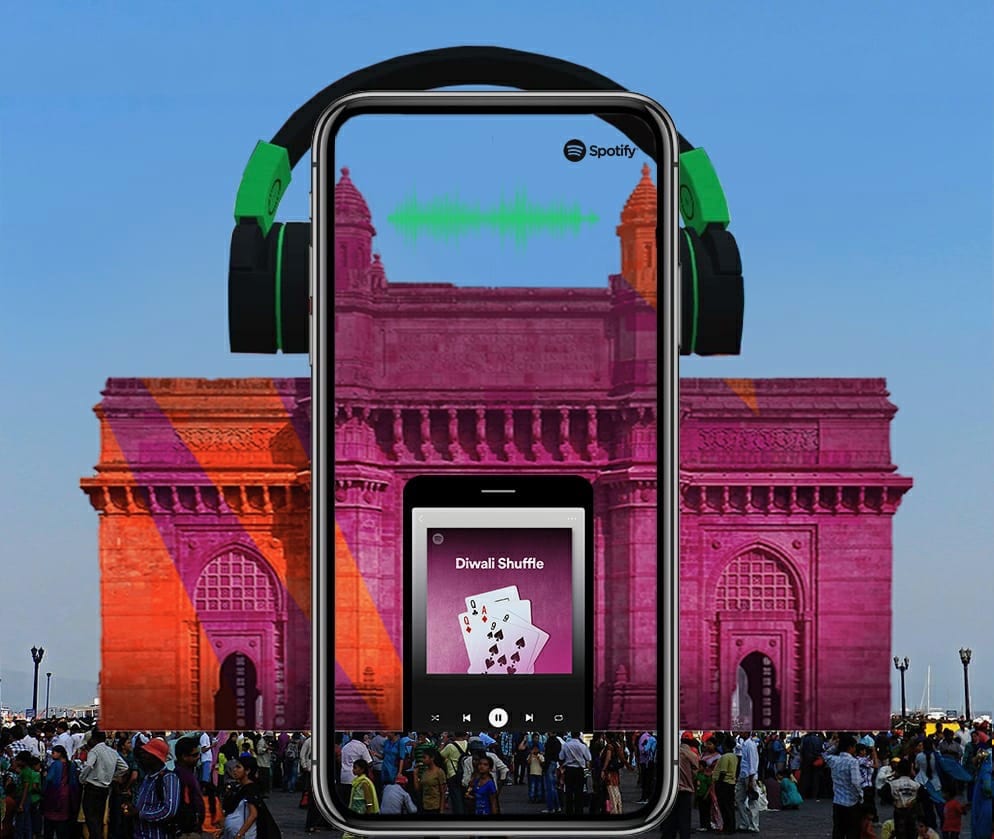 Snapchat and Spotify have partnered for a Diwali-themed augmented reality (AR) lens that only works at one location: the Gateway of India in Mumbai. It will bring the iconic arch-monument to life as it dances — stretches, skews, and warps, in the technical sense — to the beats of Spotify playlists such as “Diwali Shuffle”, “Diwali Drive”, or “Diwali Bash”. It works just like any other Snapchat Lens, really. Open Snapchat when you're close to the Gateway of India, tap on the sponsored Spotify lens in the lens carousel, and then point your camera at the monument. It will be available for the next 10 days — until October 23 — at the Gateway of India.

The Diwali-themed, Spotify-driven Snapchat lens is part of Snapchat's “Landmarker” experience, originally launched in April with five locations — Eiffel Tower, Paris; Buckingham Palace, London; US Capitol, Washington D.C.; Flatiron Building, New York; and TCL Chinese Theater, Los Angeles — and then expanded to India in August with Agra's Taj Mahal, and the Gateway. (The aforementioned five are open to all lens creators for their own takes, via Snap's Lens Studio.) Snapchat has previously teamed up with other brands for themed activations, including HBO for Game of Thrones' final season, and Sony Pictures for Spider-Man: Far From Home, the Marvel movie. The new Spotify one is the first in Asia.

For those wondering how Snapchat built these “Landmarker” AR lenses, their engineers didn't actually visit the monuments to create a 3D model. Instead, said 3D models are built from user-submitted photos and videos to Snapchat's “Our Story” section, which are collections of a place, event, or topic amongst other things.

“We wanted to provide Spotify's customers with an experience that they would want to share with friends instantly, hence the idea of the Gateway of India in Mumbai dancing to the beats of the Spotify's Diwali playlist was born,” Snapchat's head of commercial strategy and ad monetisation for India, Tarika Soni, said in a prepared statement. “This is the first-ever brand collaboration for Snapchat's recently launched ‘Landmarker' Lens in Asia. Snapchat users in Mumbai will be excited and amazed with this activation when they go to the Gateway of India to see it come to life as it brings the real physical world closer to the digital world through AR.”

“Spotify is always looking to bring fun experiences enhanced by music, to consumers,” Spotify's head of marketing for India, Neha Ahuja, added. “The AR lens will enable our users to share a few of our playlists curated for Diwali, with their loved ones. As a brand, we are always looking to do new things that keep us connected to Gen Z and the millennials, and this activation at the Gateway of India is especially cool because this is a first for any brand in the country.”