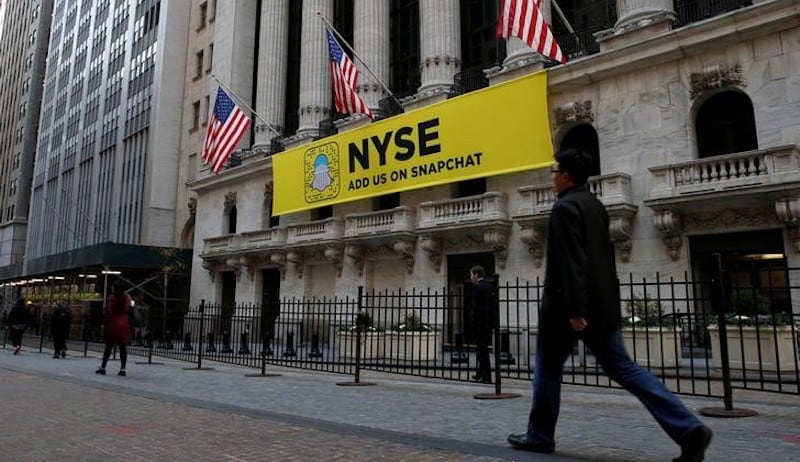 The selection comes as Snap prepares to make its earnings public this week ahead of the IPO that is expected in March. It represents a setback for Nasdaq Inc, which had also vied to host the listing.

The source asked not to be identified because the matter is not public. Snap, Intercontinental Exchange and Nasdaq declined to comment. CNBC first reported on Snap's NYSE selection.

Snap is hoping its IPO could value it at as much as $25 billion, sources have told Reuters. It could be the biggest US technology company IPO since Facebook Inc in 2012.

Snap's listing would likely only generate a few hundred thousand dollars in annual fees for NYSE. Yet it carries prestige that could help the exchange land more business, and follows other similar wins by NYSE over Nasdaq, which used to be seen as the natural choice for technology IPOs.

Nasdaq commanded 85 percent of technology IPO proceeds in 2012, but by 2014 its share had plunged to just 11 percent, according to Thomson Reuters data. The drop was largely due to a glitch in Facebook's Nasdaq IPO in 2012.

NYSE and Nasdaq had been courting Snap in public and behind the scenes. Last November, Nasdaq hired a helicopter to film Manhattan's skyline using Snap's new video-camera sunglasses, and sent the aerial footage to its social media followers.

NYSE in October draped a large, bright yellow banner outside its Lower Manhattan building to invite Snapchat followers, the same month media reported Snapchat had hired underwriters. Such banners are usually used to celebrate the first listing day of companies.