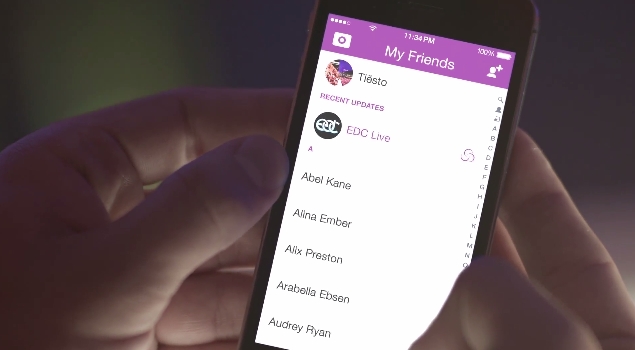 Snapchat, the disappearing message service popular with young people, has added a new feature that lets Snapchatters, a term used for Snapchat users, add ephemeral snaps to an event-based Story with friends.

The private messaging service calls the new feature as 'Our Story'. The official Snapchat blog post notes, "We built Our Story so that Snapchatters who are at the same event location can contribute Snaps to the same Story. If you can't make it to an event, watching Our Story makes you feel like you're right there! It's really easy to use."

Notably, Our Story feature is already part of the Snapchat app and it requires no update.

The disappearing image and text messaging service also announced that it is making the Our Story feature available for the first time with the Electric Daisy Carnival event, which is scheduled for this weekend [June 20 and June 22]

Snapchat details the process, "If you're at Electric Daisy Carnival, simply add a Snap to 'Our EDC Story' that appears in your 'Send to...' page. You'll need to turn on location services to let Snapchat know that you're actually at the event. We don't store your location. If you can't make it to Electric Daisy Carnival, add EDCLive on Snapchat to check out the event - live - through a series of Snaps!"

On Thursday, Facebook rolled out its own Slingshot app, which is a Snapchat-like disappearing message service.

Prior to this, Snapchat added two new features: text chats (instant messaging) and video calls to its app in May.

The new text chats on Snapchat, unlike other social platforms, gives more options for private conversations while retaining the service's famous ephemeral photo feature. The new feature allows Snapchatters to chat with friends by swiping the name in the inbox. Once the chat screen is closed, the conversation and images shared will be deleted.