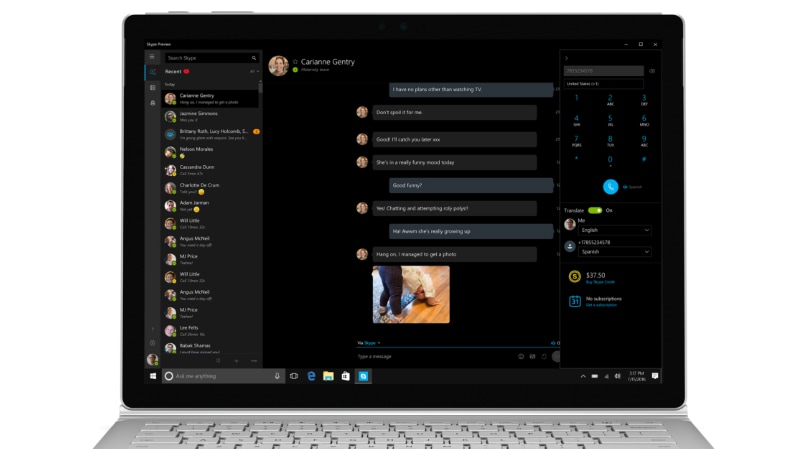 Skype first showed off its real-time translation feature back in 2014, but at that time it worked only for Skype-to-Skype calls. Now, Skype has expanded this feature to calls made to landline and mobile phones as well.

The feature is still in beta, and to access it users will have to be on the latest beta of the Skype app, and additionally be registered for the Windows Insider Program. This translation feature works just as seamless as normal Skype to Skype calls. Just use the Skype credits (or subscription) to make a normal call on a cell phone or landline, and then open the dialler to switch on the 'Translate' toggle next to the call button.

Once the toggle is switched on, the person on the other end will be played an electronic message with intimation that their call is being recorded as it needs to be translated. Skype informs on its blog that users may face short delays due to time taken to convert of language, and that wearing a headset will significantly improve the Skype Translator calling experience. Also, Skype Translator works on deep learning, so as time goes, and you make more calls, the experience will get better.

Skype Translator supports nine spoken languages like English, Spanish, French, German, Chinese (Mandarin), Italian, Portuguese (Brazilian), Arabic, and Russian. So you'll be able to use the feature only for these languages for now. Recently, Microsoft also introduced the ability to use Skype for Web without the need to sign into the account before starting a conversation.