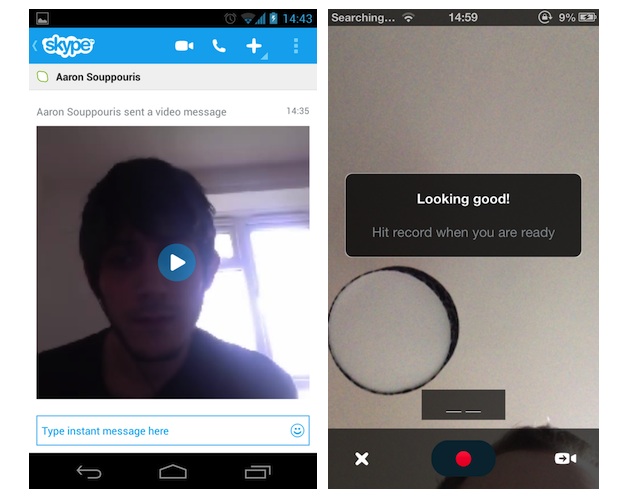 Microsoft is all set to launch Video messages on Skype this week, according to a report by The Verge. The service will allow Skype users to send up to three minutes long video messages to each other, and will first make its way on iOS, Android and Mac platforms. The report clarifies that users of Skype's Windows and Windows Phone clients won't get the 'send' feature till the end of April, but they'll be able to receive video messages through a link to view them online, when another user sends them a video message.

Mac users will be able to save video messages, which will be downloaded in .mp4 format. Users will receive video messages in chat windows, even if they're offline. The service will be initially available to Skype users in the US and UK, and will rollout to other countries in the future, according to Microsoft.

It was earlier reported that Microsoft had changed Skype's terms of service adding information about video messages. In line with the earlier report, Microsoft has confirmed to The Verge that the Video Messages feature is part of Skype Premium, and that users will be able to send 20 free messages after which they'll need to subscribe to Skype Premium for a monthly fee of $4.99 (if subscribed annually) in order to continue using it.

It's interesting to note that mobile based instant messaging clients such as WhatsApp and LINE also allow users to send video messages. Microsoft certainly wants to bring new premium features to Skype extending it beyond just a voice/video over IP service, and monetize through them. Last week it updated its Windows and Mac applications bringing in the ability to send gift cards from within the apps, allowing users to send Skype credit gift cards to other users.

Microsoft has also confirmed that Messenger users will be migrated to Messenger starting April 8, which should increase the Skype user base substantially.

IIPM websites brought down by Anonymous as angry reactions continue to pour in on Twitter
Sony rumoured to be working on C680X device with full-HD display, Android 4.2