Skype Lite for Low-End Android Phones Launched: All You Need to Know 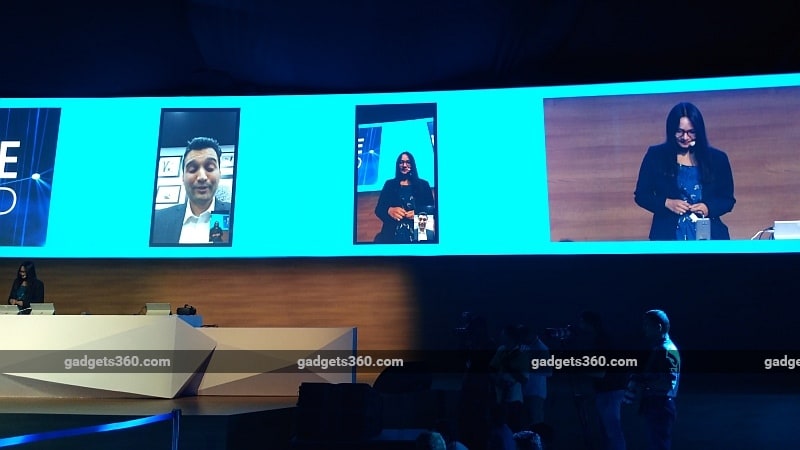 At the Microsoft Future Decoded Conference in Mumbai on Wednesday, CEO Satya Nadella launched the Skype Lite app, a lighter version of the popular video calling and messaging app Skype. The new Skype Lite app is less resource-intensive than Skype and has most of its features, and is designed to work on low-end smartphones. Along with this, Microsoft also announced Skype + Aadhaar, a project the company has mentioned several times in the past and is finally launching with Skype Lite.

What does Skype Lite do?

The new Skype Lite Android app - now available on Google Play - has been launched by Microsoft for India, and specifically for middle-to-low range handsets. It was developed in Microsoft's research and development centre in Hyderabad, and at this point the company does not plan to release it in other countries.

Eugene Ho, Director of Product Management at Skype, explained that although Skype has "millions" of users in India, a large proportion of these are using lower-end phones, not high end Android or iOS devices. "Not only that, although there has been a high speed 4G rollout in India," Ho added, "you will still frequently find the speeds dropping to 3G or even 2G levels as you're out and about, and these are still used in a wide part of India. That's why we created Skype Lite."

The new Skype Lite app, which is under 13MB in size, will be available from Wednesday and packs all the key features of Skype - instant messaging, audio and video calling, and Skype's bots. According to Ho, when the user is on a fast connection or connected to Wi-Fi, Skype Lite will switch to HD calls that are the same as regular Skype calls. When the connection degrades, the call quality will also be lowered using compression.

Skype Lite will also compress images that people share, using less data, and if people want to re-share images, these will be sent directly from Skype, instead of having to be downloaded and then uploaded again. Skype Lite also shows the amount of data you've used, including a breakdown of Wi-Fi and cellular data usage, and how much data you've saved by using the Lite version of the app.

As for the Skype + Aadhaar feature, it is meant to be used to verify a user. In a call, if you tap on the menu button at the bottom, you can see a Request Aadhaar verification option. Tap this, and a verification request will be sent to the person you are talking to on Skype Lite. If they accept, then they will receive an OTP on the phone number linked to you Aadhaar number. Key in the OTP and your identity is verified, which could be used by government agencies or in other use cases, Nadella said.

Skype Lite can be your default dialler app

Skype Lite can also become the default dialler and messaging application on your Android phone - the messaging tab shows Skype IMs along with your SMS messages, and filters out promotional messages so that your texts are uncluttered. The Calling tab shows your Skype calls and also your phone calls via the carrier. Contacts shows you your Skype and phone contacts, and the Bots tab lets you chat with all the regular Skype bots. The biggest feature that is missing from Skype Lite is Mojis - movie based GIF images that are like animated stickers.

The new Skype Lite app has also been localised in seven Indian languages - Hindi, Gujarati, Bengali, Marathi, Tamil, Telegu, and Urdu. All conversations are encrypted and secure, the company added.

We didn't get to spend too much time with the Skype Lite, but the early impressions are fairly positive. It's a nice looking app, much like the original Skype, that works in a fairly reasonable manner. As with Skype, you can message only contacts who have accepted your invitation to connect, and voice, video, and text messaging all worked smoothly. Since Skype Lite uses the same login as Skype, you can use this across devices and platforms, and Microsoft is looking at bringing in features such as SMS backup, and data limits in future updates.

As an SMS and calling app, Skype actually measures up pretty well along with other third party apps in this category that we've tried. It isn't as ambitious as some SMS apps, but the basic sorting it features is quite useful.

However, the 160-million-users-in-India elephant in the room - WhatsApp - wasn't mentioned. Although, another Microsoft executive later did give a little bit of background into the thinking on this subject.

"What we were seeing is that people were aware of Skype, they were our users," he explained, "but they were dropping off. With Skype Lite, this might take a lot of users away from Skype, but they're still our users."

"There are alternatives in the market, and our focus was to build something that is good enough to keep our users happy," he added.

Disclosure: Microsoft sponsored the correspondent's flights and hotel for the trip to Mumbai.

Meitu, China's Selfie-App Leader, Seeks to 'Beautify the World'
Flipkart Reportedly in Talks to Raise $1.5 Billion in Fresh Funding Round