Skype version 8.62 for Windows, Mac, and Linux is out with six distinct, predefined backgrounds for video calls. 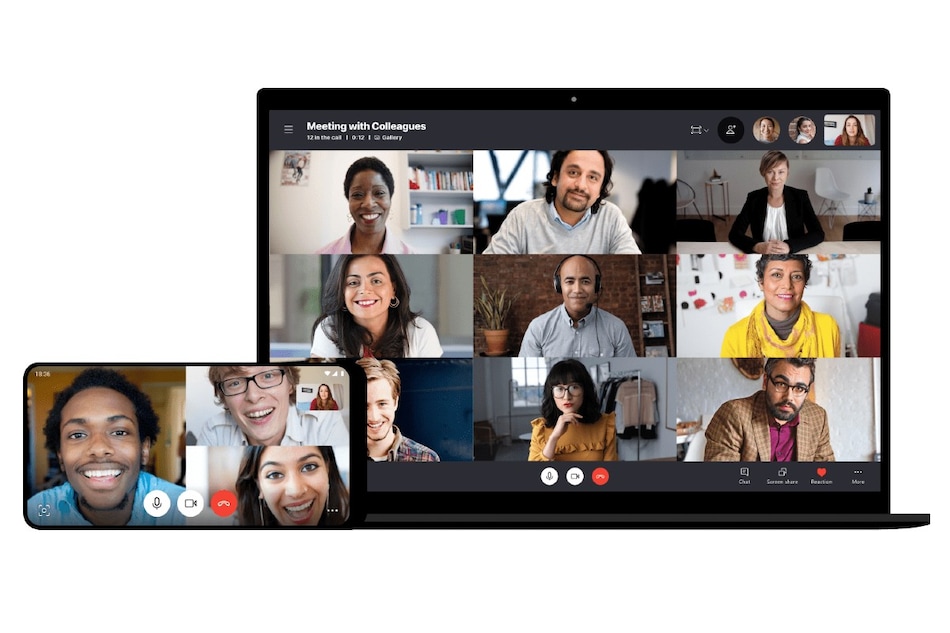 Skype for Windows, Mac, and Linux has been updated with predefined backgrounds that you can choose for your next video call. The new update also brings a grid view to let you see up to 12 of your video call participants on a single screen. These changes from Microsoft are playing catch-up to Zoom, which already offers predefined backgrounds, and a grid view layout, which it calls Gallery View that supports up to 49 participants. The updated Skype app also includes various bug fixes and stability improvements.

In addition to the predefined backgrounds, the updated Skype app has brought the grid view that displays up to 12 participants in a video call. The experience seems similar to the Gallery View available on Zoom.

The latest update also improves message sync and comes with some general improvements, as highlighted in the changelog.

You can download the latest Skype version on your Windows, Mac, or Linux machine directly from the official site. Alternatively, you can get the update directly from your existing Skype app.

New features for mobile users
Alongside the updated experience for desktop users, Skype for Android and iOS has also been updated to version 8.62. The update brings the ability to see up to eight members of your video call directly on your smartphone or up to nine on your tablet. Further, iPhone users have received the ability to blur their camera background.

Skype for iPhone gets the background blur option

You can also expect some bug fixes and performance improvements. Moreover, you can update the Skype app on your Android device through Google Play or on your iPhone or iPad from the Apple App Store.