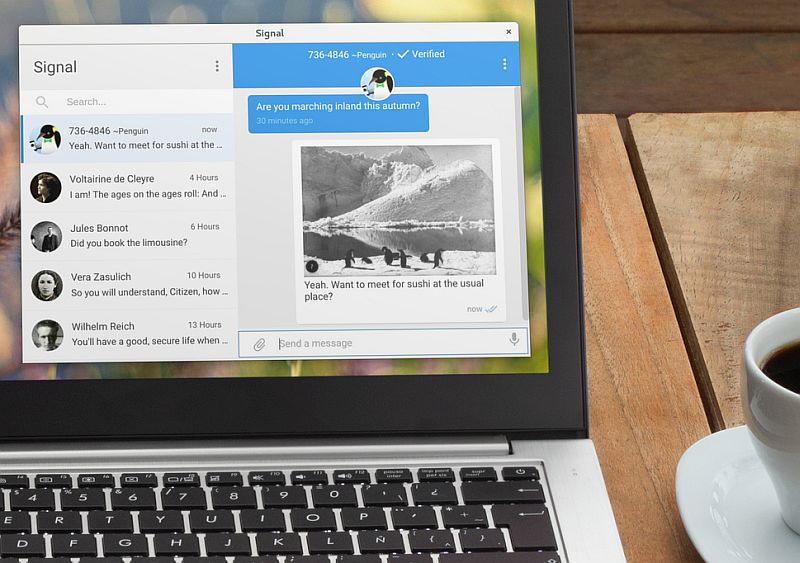 Open Whisper Systems launched Signal desktop app through Chrome browser back in 2016. The company is finally bringing a standalone app for the private messaging service. "Signal Desktop is now available in a new, standalone form, and the Chrome App has been deprecated," the company said in an announcement blog post.

The new standalone desktop version of Signal means that it will run independently of the browser. "If you're a Firefox or Safari user, you don't need to install Chrome to send and receive Signal messages on your computer. If you're a Chrome user, having your browser open will no longer be synonymous with having Signal Desktop open," explains the company in a blog post. The standalone Signal desktop app has been launched with support for platforms including Windows 7, Windows 8, Windows 8.1 and Windows 10 as well as macOS 10.9 and above. The company has also released a standalone app for Linux distributions supporting APT like Ubuntu or Debian.

Existing users of the Signal Desktop Chrome App can export their data and import it into the new Signal Desktop app through the setup process. Signal says that users can expect all old conversations and contacts to be retained, "just like before". With the launch of the new app, the company also requests users to share their feedback on bugs and other issues on the forum.

The Signal Desktop app links with the user's phone, which means that all incoming and outgoing messages are displayed consistently on all connected devices. Earlier this year, Signal Private Messenger added video calling feature to its Android and iOS apps.