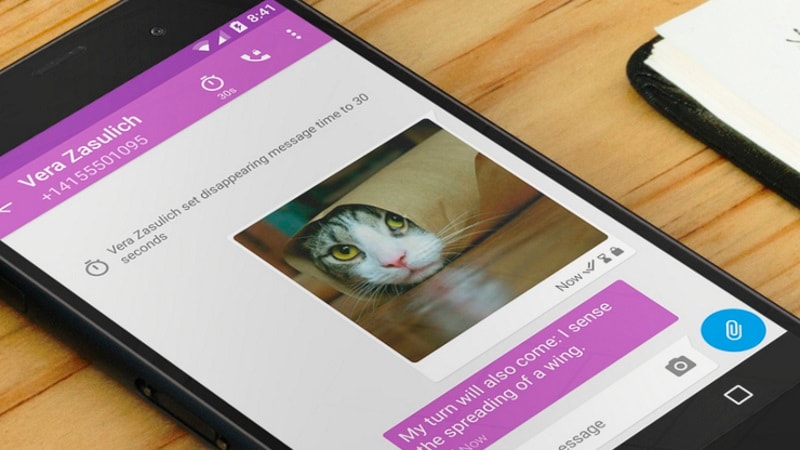 When Google launched its text-messaging app Allo last month, it received criticism from NSA whistleblower Edward Snowden for the lack of privacy offered by the app. He instead suggested people to use messaging apps like Signal, which use end-to-end encryption for all messages. This of course was not the first time that Snowden endorsed Signal, and it has gained quite a solid reputation for user privacy. Now, the app has added the Disappearing Messages feature that allows users to send ephemeral messages that self-destruct after a set duration.

Disappearing Messages feature lets you send the messages through the app that can be tagged with a timer ranging from 5 seconds to one week.

"With this update, any conversation can be configured to delete sent and received messages after a specified interval. The configuration applies to all parties of a conversation, and the clock starts ticking for each recipient once they've read their copy of the message," Open Whisper Systems said on its website.

The update is already available for Android, iOS, and desktop versions of the app. Open Whisper Systems has clarified that Disappearing Messages have been introduced to ensure tidiness of the chat conversations and not for security.

The company specifically points out that this feature is not meant for the situations where the contact that you are sending your messages to, is your adversary. This is because the recipient can always click a picture of the message before it disappears from the screen.

The update also brings along support for Signal Protocol's numeric fingerprint format, which are called "safety numbers" in Signal. The safety numbers can be verified by scanning a QR code or by reading a string aloud.