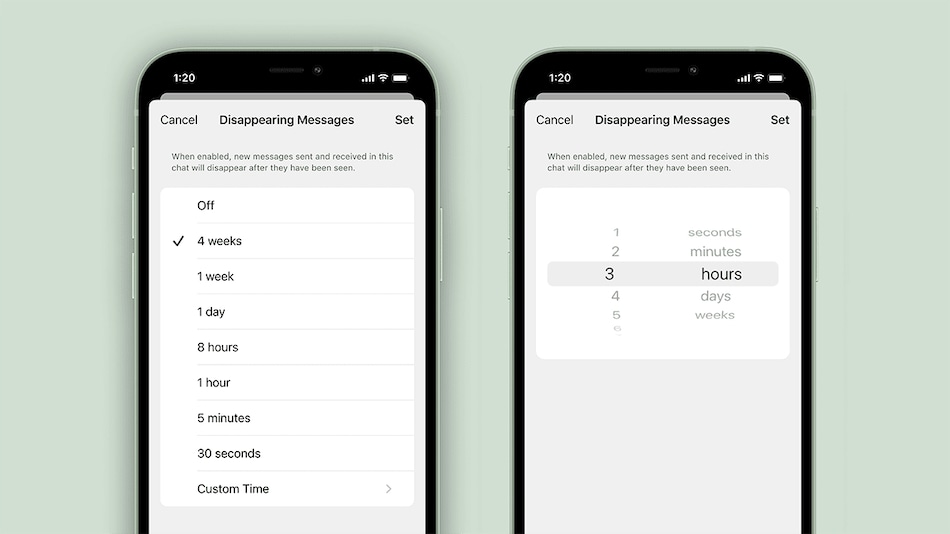 Shout out to everyone who's been asking for this for a while.

Now you can set a default disappearing message timer in Signal. All new groups you create or new conversations you initiate will be preconfigured with it. https://t.co/QGWv6DTx6V

Signal's custom timer feature was first introduced in 2016. Earlier, the timer for disappearing messages could be set from five seconds to one week. However, users now have the ability to set a custom timer that can be set to as low as one second. New standard options to set a timer range from 30 seconds to up to four weeks.

To set a timer for disappearing messages, tap on the three-dots icon and click on Settings. Once there, head to Privacy where you'll find an option for Default timer for new chats. This menu gives you nine options - Off, 4 weeks, 1 week, 1 day, 8 hours, 1 hour, 5 minutes, 30 seconds, and Custom time.