Sandes Is the Government's Own WhatsApp: How to Download It, and Everything You Need to Know 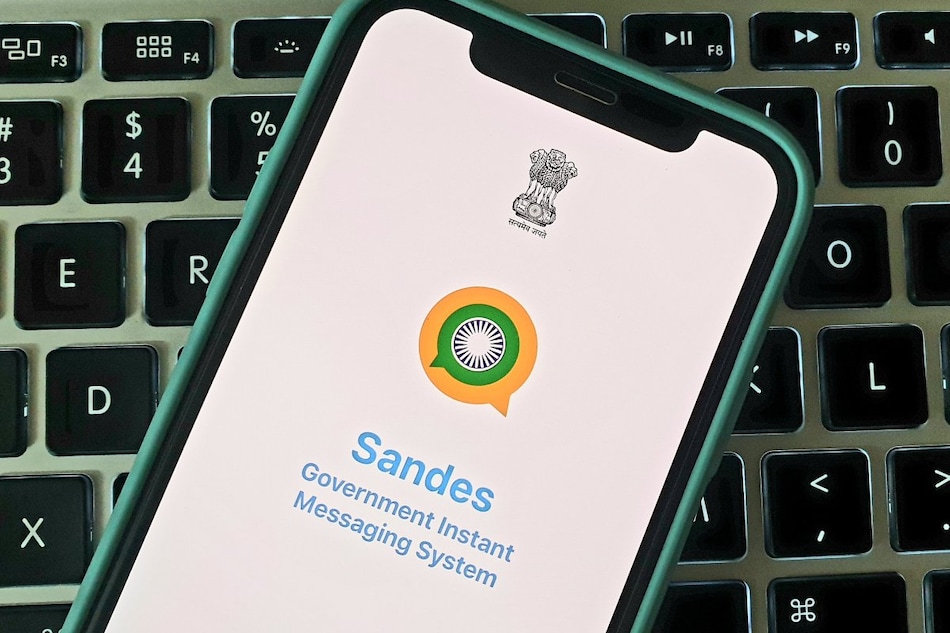 Sandes is available for download on both Android and iOS devices

Sandes, an Indian government alternative to WhatsApp and other instant messaging apps, has been launched by the National Informatics Centre (NIC). The new platform is an upgrade to the existing Government Instant Messaging System (GIMS) that was developed to provide government officials with a WhatsApp-like communication app. The Sandes app can be used by both government officials and individual users. It requires a mobile number or government email ID for sign up. Once signed up, users can send and receive messages as well as new create groups or send multimedia content such as images and videos.

Similar to WhatsApp and other major instant messaging apps, Sandes (which means message in Hindi) says it uses end-to-end encrypted communication. The app can be used for sending and receiving messages or sharing images and videos between contacts. It also allows contact sharing and group chats. Further, users can also broadcast messages or set certain messages as their favourite. Sources in the government also confirmed to NDTV that a second app, called Samvad (which means conversation) is also in the works. "These apps are being developed completely by the government of India. It is going to be an instant messaging app like WhatsApp," a MeITY functionary told NDTV.

You initially need to download the Sandes app on your mobile device. It is available for download in an APK file for smartphones running on Android 5.0 and above through the government's GIMS portal. For iOS users, the app is available for download through the App Store and is compatible with the iPhone, iPad, and the iPod touch running on at least iOS 12.0.

Once downloaded, you can sign up on the Sandes app using your mobile number or email ID. The app will send you a six-digit OTP for authentication. Email IDs are restricted to government IDs only — if you try to sign up with a Gmail, Hotmail, or other email account, you'll see a notice that emails from that domain are not allowed. Even government-related accounts like @mygov.in accounts are not accepted — only official @gov.in emails can be used to register with the app. Otherwise, you have to use your phone number.

You can also edit your profile or select your status upon signing up on the Sandes app. All this works similar to how you can update your profile on WhatsApp.

Although the government's Sandes app carries many similarities with WhatsApp, there are some notable differences, too. The first major difference is the option to sign up using your email ID on the Sandes app. For now at least, this is restricted to government officials who can use their @gov.in email IDs to sign in. This function isn't there at all on WhatsApp though, and everyone needs a mobile number to sign up on the Facebook-owned messaging platform. The Sandes app also supports verified accounts for government employees. WhatsApp, on the other hand, doesn't have verified accounts for any individuals. The other notable change that you'll see on Sandes is the option to send chat backups to a user-preferred external location, including email. This isn't the case with WhatsApp where you can only back up your chats to Google Drive if you're on Android — or iCloud if you use an iPhone.

The Sandes app also doesn't allow users to change their mobile number or email ID once signed up. This means that you'll need to stick to your mobile number or email ID that you used for signing up to continue to use the app. Alternatively, you can delete your account with the and then create a new one with a different mobile number or email ID. WhatsApp, in contrast, has a dedicated Change Number feature to let you easily move from an old phone number to a new one — without deleting your profile. There is also an option to sync contacts and add new contacts who are already on the platform; you can't invite new users to join, but anyone can just download the app and join.

The government hasn't yet provided any clarity on how it is planning to use Sandes. But nonetheless, given the features the app currently has and its scope being a government platform, it could be adopted by individuals against global messaging apps including WhatsApp, Telegram, and Signal. The government is already asking its employees to use the Sandes app for their official communication. However, it is yet to gain popularity among the public.