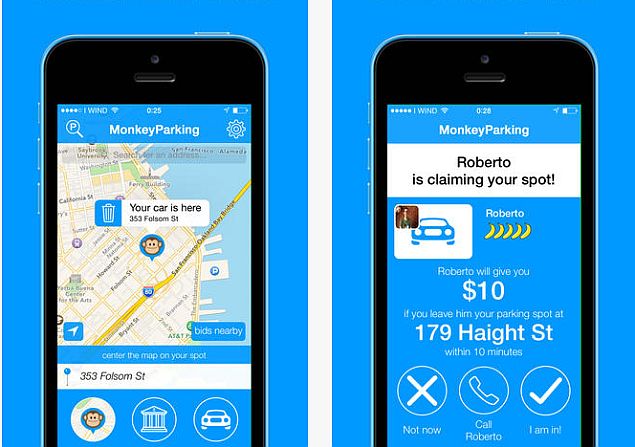 The company behind an app that allows San Francisco drivers to get paid for the public parking spaces they exit is rejecting an order from the city attorney to stop its operations.

Dobrowolny says MonkeyParking doesn't sell parking spots, but convenience. He cites freedom of speech, saying people have the right to tell others they're leaving a parking spot and get paid for it.

Herrera sent a letter to the Italy-based company Monday saying city code prevents the sale or lease of city streets.

Herrera spokesman Matt Dorsey says in a statement that Dobrowolny is making an argument akin to a prostitute saying she isn't selling sex, just information about her willingness to have sex.