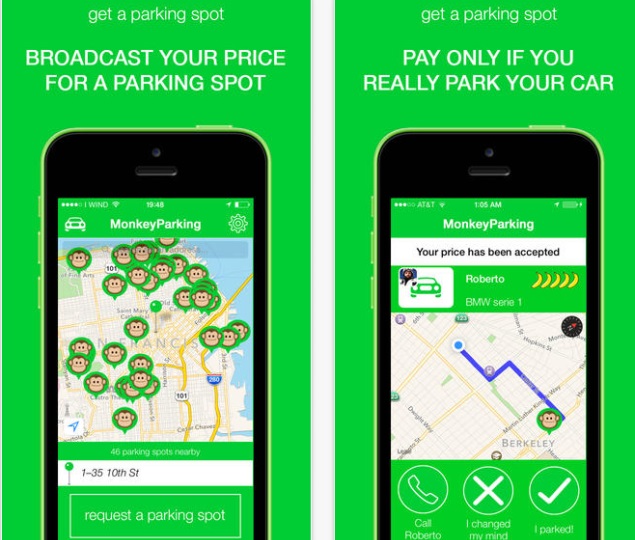 An Italian company whose mobile app allows San Francisco drivers to get paid for the public parking spaces they exit has temporarily shut down the service following an order from the city attorney.

Despite saying last month that it wouldn't stop, MonkeyParking said in a blog post Thursday that it "temporarily disabled" its bidding service in San Francisco, a day before City Attorney Dennis Herrera's deadline to cease operations or face a possible lawsuit.

"We are currently reviewing our service to clarify our value proposition and avoid any future misunderstandings," the post said.

MonkeyParking (Download) CEO Paolo Dobrowolny said in an email Friday that his company was working with lawyers and he hopes to meet with city leaders soon. "We want to operate in full collaboration with the city," Dobrowolny said.

Herrera said in a statement Friday that MonkeyParking and two similar smartphone apps that exchange money for parking spaces, Sweetch and ParkModo, said in writing that they will go on hiatus.

Herrera sent a letter to the parking apps on June 23 threatening a lawsuit if they didn't cease operations by July 11.

MonkeyParking allowed drivers who score a notoriously hard-to-get parking spot on San Francisco's streets to sell it for $5, $10, even $20 and then wait there until the buyer arrives to take their place.

Herrera's letter was the latest as state and federal lawmakers grapple with new technologies that people can use to privately replace taxis, hotels and even restaurants. Firms in neighboring Silicon Valley often use San Francisco as a testing ground, pushing the boundaries of local authorities who don't want to quash the booming tech economy.