Samsung NEXT Invests in HealthifyMe, Marking Its First Investment in India 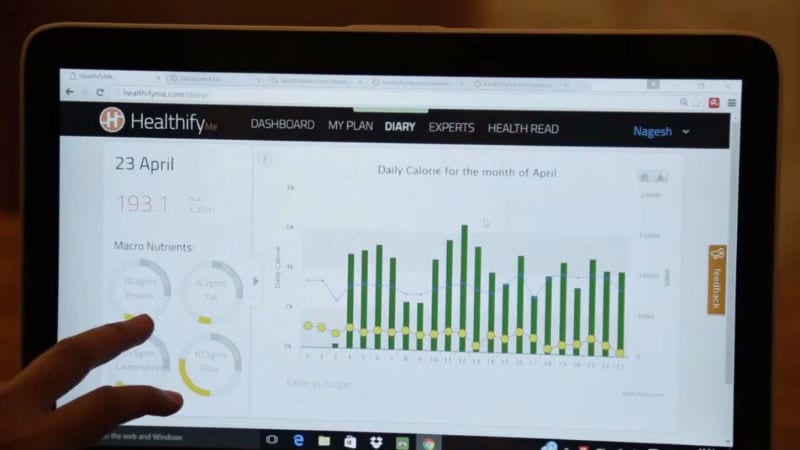 Samsung NEXT Ventures has announced an undisclosed amount of investment in HealthifyMe, the startup that offers fitness and nutrition tracking through its app. This represents the very first investment by the Silicon Valley-based investment arm of Samsung in India that was launched in 2013 and rebranded from Samsung Global Innovation Centre (GIC) to Samsung NEXT in July 2016. Alongside Samsung NEXT, existing investors IDG Ventures India, Inventus Capital, Blume Ventures, and NB Ventures participated in the Series B round that helped HealthifyMe raised $12 million (approximately Rs. 77.2 crores). The latest funding round was led by Russia's Sistema Asia Fund.

The HealthifyMe app, which is claimed to blend artificial intelligence with human-backed personalised coaching, is touted to help users eat better and lose weight. What distinguishes the app from other fitness solutions is said to be its calorie counter, which leverages a large database of over 100,000 Indian foods to help users track their daily nutrition uptake. The app also uses machine learning algorithms alongside more than 150 million data points to help nutritionists and trainers serve paid users significantly. Further, in 2017 alone, HealthifyMe reported an attractive growth of four million users, spread to more than 200 cities, and generated $4.5 million (roughly Rs. 28.9 crores) in ARR (Annualised Run Rate) revenue. The app also enabled its existing users to track 200 million foods, workouts, and exchange over 10 million messages with their nutritionists and trainers. Similarly, the Singapore-headquartered startup late last year launched its AI nutritionist Ria that provides its paid users with a way to limit their unhealthy eating habits by asking nutrition information on their daily foods.

All that largely persuaded Samsung NEXT, and of course other investors, too, to take the investment decision. "HealthifyME is already the clear market leader in India, and that represents a huge business opportunity," said Amit Garg, Principal, Samsung NEXT Ventures, in a blog post.

Tushar Vashisht of HealthifyME, in a separate press statement, divulged that the new funding is aimed to expand the app in other emerging markets, apart from India, to ultimately cater the growing requirements of fitness and nutrition tracking. "We are already India's go-to health app, this funding will help us to launch in other emerging markets where obesity and lifestyle diseases are growing exponentially. It will also help us expand our offerings portfolio to affiliated products and services that our customers need," said Vashisht, the CEO of HealthifyMe.

According to AppAnnie, HealthifyMe holds nearly 10 percent of the market share in the health/ fitness category in India. The startup also recently entered in the GCC (Gulf Cooperation Countries) market and is already the top-three on Google Play in UAE.

The HealthifyMe app already supports leading wearable platforms, including Google Fit and Apple Health. We can expect integration with Samsung Health to serve features such as a localised calorie counter on various Gear Fit models.

In addition to focusing on end consumers, HealthifyMe has curated a digital workplace wellness programme and has worked with corporate clients, including P&G, Unilever, Accenture, Cognizant, Shell, Philips among others. The startup also works as a digital/ preventive partner for various Indian healthcare providers such as Medanta, Manipal, and Apollo ACODE. These are the few avenues that are now opened for Samsung NEXT as well.