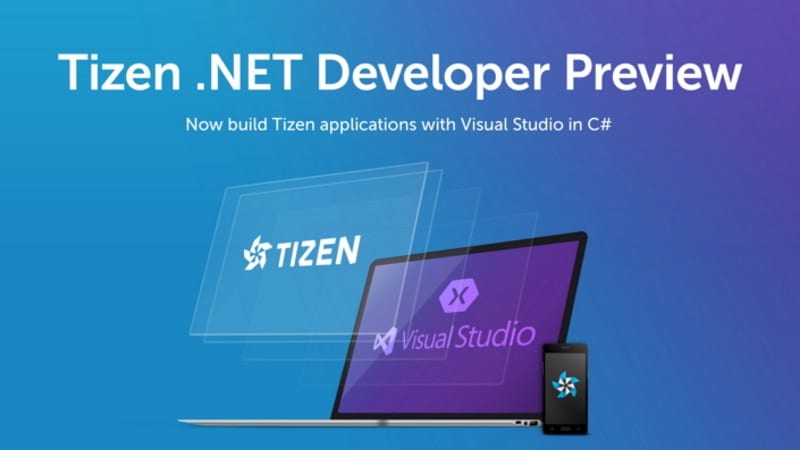 Samsung recently made a major commitment towards its operating system Tizen as the company announced 'First Global Tizen Mobile App Incentive Program' to encourage developers to make apps for the OS. It came across as a huge surprise as since its release in 2012, this was the first major incentive programme to bring more apps to the OS by the South Korean company. Now, Samsung has partnered with Microsoft to ensure that no stones are left unturned.

On Thursday, Samsung announced its partnership with Microsoft on open source projects such as such as .NET Core and Xamarin.Forms, in order to enable .NET support for Tizen. This effectively means that from now on, developers will be able to make use of Microsoft's Visual Studio and make apps for Tizen using the C# language.

Samsung has already released the first preview of the Visual Studio tools for Tizen that will help .NET developers to Tizen apps for smart TVs, wearables such as the Gear S3, smartphones, and Internet of Things devices.

"The first preview supports mobile application development with device emulators and an extension to Visual Studio with full IntelliSense and debugging capabilities. Support for Smart TVs, wearables, and other IoT devices will be added in future releases," the company said in its announcement.

Tizen's .NET support will officially be released and start shipping on Samsung devices, including smart TVs, in 2017, the company said.

"Samsung is excited to be a part of the .NET community. .NET has an extensive developer base and great potential," Samsung's Executive Vice President and Deputy Head of Software R&D Center Seung-hwan Cho was quoted as saying by the company.

"Through thoughtful and progressive collaboration with Microsoft, Samsung is expecting to create unique development experiences for both Tizen and C# developers, enriching the Tizen ecosystem," Cho said.