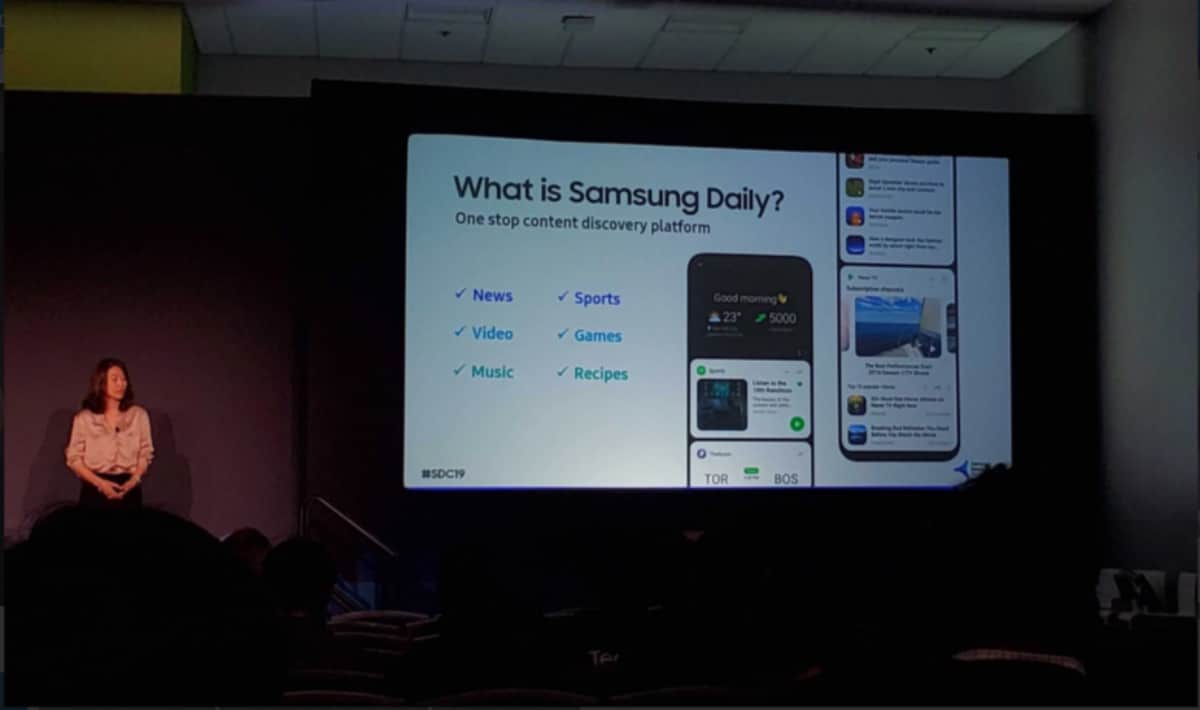 Samsung Daily announced at SDC 2019 in US

Samsung has unveiled Samsung Daily – a content discovery platform – at its annual developers conference. Samsung Daily is all set to replace Bixby Home, and the new platform will provide news, sports content, video feeds, games, music, and recipes. For those unaware, Bixby Home is a card-based information hub, and it pulls information from apps to provide users with contextual results on weather, Calendar, your emails, and more. Samsung Daily's core functionality will be the same, but it comes with interface improvements and more content like recipes, news, and games.

According to Sammobile, Samsung Daily will start rolling out to users in November. Because Bixby Home exists as a separate app, the company doesn't have to wait for OneUI 2.0 update. Just like Bixby Home, Samsung Daily will also offer card-based interface for interaction with the content. There's going to be display of news, sports, games, music, and recipes, as mentioned above, alongside your emails, calendar schedule, and more. The report says that Samsung has made some important UI tweaks to Samsung Daily to enable better consumption of content presented to them in-app.

At the Samsung Developer Conference 2019 in the United States, the South Korean tech giant also teased a new foldable phone concept. This sees a flip phone-like design that seems to be daringly similar to the Motorola Razr foldable phone concept that is in the rumour mill for quite a while now. The new design enables the device to fold in half horizontally. Samsung did not provide details about when the square-folding phone would be launched.