Siri Stars With Dwayne 'The Rock' Johnson in This Apple Ad 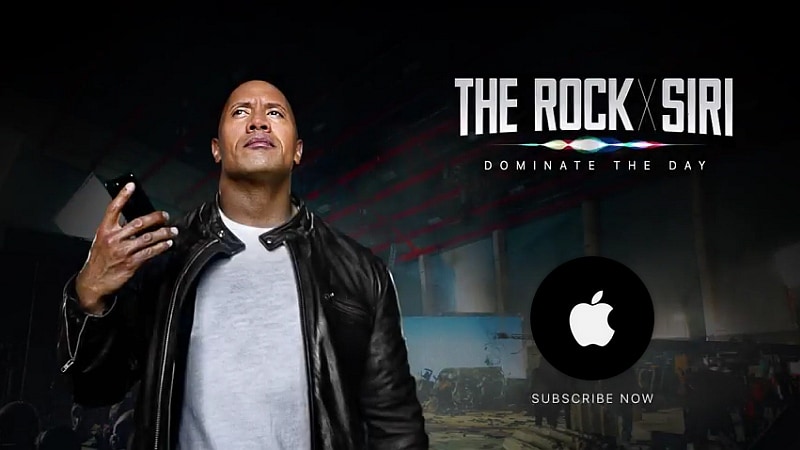 Hollywood actor Dwayne 'The Rock' Johnson has announced a new movie and guess who is his co-star? It is Siri, Apple's voice-based virtual assistant. First announced by Johnson on Sunday, the movie is now out - and it actually is a short ad film by Apple about Siri's prowess as a virtual assistant.

Titled The Rock x Siri: Dominate The Day, the collaboration between Johnson and Apple has been released for all to see on Apple's YouTube page. In his announcement post, Johnson says:

"WORLD PREMIERE: Hardest working man in show business teams with @Apple & the greatest assistant on the planet. #DominateTheDay #ROCKxSIRI." You can check it out below.

The Siri-Rock film is an extended commercial, 3 minutes and 46 seconds long, similar to what Apple did with Taylor Swift and Apple Music in 2016. As we can see in the Siri ad film, the actor uses the virtual assistant on his iPhone to perform a list of life goals, from taking a selfie in space, to designing a fashion range and restoring the Sistine Chapel in Vatican City.

Interestingly, in his teaser post, Johnson teased the ad film's launch with a poster of the movie.

On Johnson's Facebook page, the Hollywood actor and former professional wrestler also said, "I make movies for the world to enjoy and we also made this one to motivate you to get out there and get the job done. I want you to watch it, have fun with it and then go LIVE IT," adding that the movie will be "the dopest".