Ringo Now Lets You Make STD and Local Calls in India at Rs. 0.19 per Minute 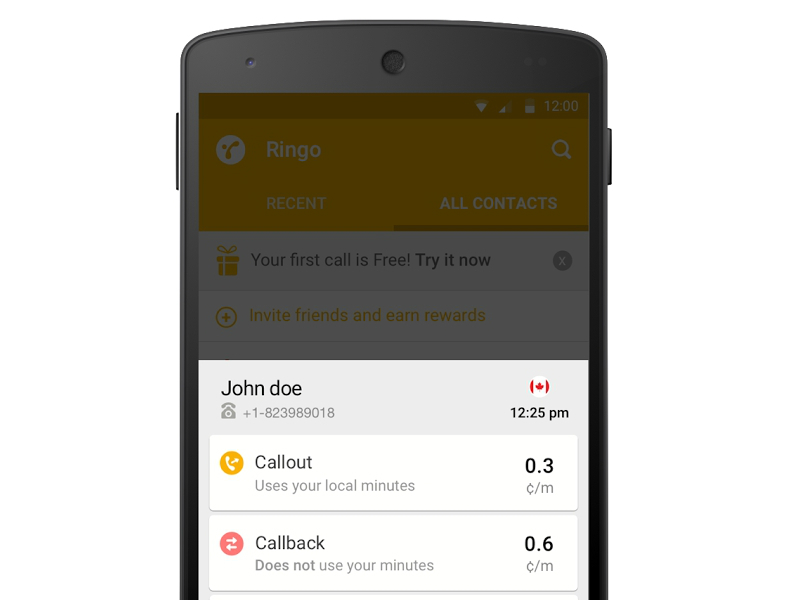 Ringo, a popular voice calling app that arrived in India earlier this year, on Thursday announced that it is introducing new tariff charges for voice calls in the country. The company says that using its services, people will be able to make calls across the country - local as well as STD -- at Rs. 0.19 per minute.

The app, which debuted its service last year in over a dozen regions, offers voice calls at Rs. 0.19 per minute. In comparison, popular telecom operators such as Airtel, Vodafone, Idea charge roughly around Rs. 1.20 per minute for STD calls, and Rs. 0.40 per minute with any special tariff plan. Ringo claims that users can reduce their talk time cost by up to 90 percent using its service.

So how does Ringo work?
A user first needs to download Ringo app, and tap on the person he or she wishes to call. Instead of the user talking to that person directly, as the company mentions on its website, Ringo calls that person and connects the user to that contact. For this reason, recipients don't need to have the app installed on their handset, and voice calls work without a reliable data connection.

"Our vision has been to make calling across the globe simple, seamless and low-cost for the masses. Our local calling service is not only the cheapest in India right now, but it is also free of typical telecom-related hassles such as STD charges and differential pricing," said Bhavin Turakhia, CEO and Founder of Ringo. "In a country where 3G penetration is not fairly high throughout, we also have a strong edge over Internet telephony apps, as Ringo calls do not use data, and are comparable in price."

We tested the app earlier this year and found it as good as advertised, though it is not 'completely Internet-free'. Ringo worked reliably and didn't have an issue even on spotty data networks. You can download the app for your Android phone from the Google Play Store, for your iPhone from the App Store, and for your Windows Phone handset from the Windows Store.