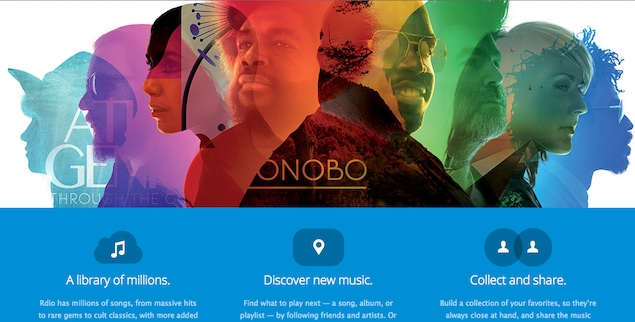 Digital music service Rdio (AR'-dee-oh) is launching its free Internet radio service in the U.S., Canada and Australia on Thursday.
The move capitalizes on Rdio's tie-up with traditional radio station owner Cumulus Media and helps it compete with digital rivals Pandora and Spotify.

For now, the app that works on Apple and Android devices won't play ads between the songs that are randomly picked based on genres, artists, songs or albums.

The company hopes nonpaying listeners will sign up for a subscription that adds features like the ability to pick and choose exact songs and albums.

On the Web, Rdio's radio player will have ads that are sold by Cumulus Media Inc.