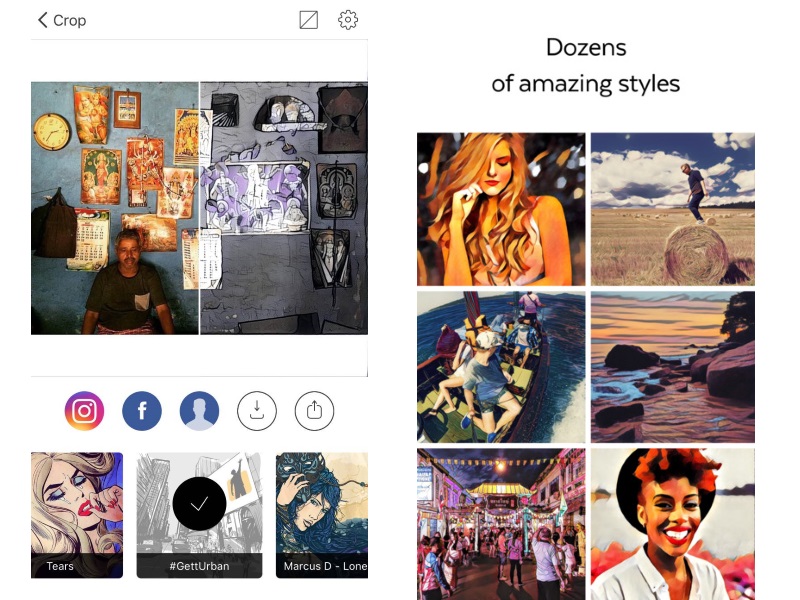 Highlights
Photo-filter app Prisma has received tremendous amount of praise from around the world since its official launch last month for the creative use of artificial intelligence to create artworks out of regular photos. However, there has been one aspect about the app that has received widespread criticism - the time delay while applying the filter.

Now, Prisma has been updated to reduce the time in which it gives the processed images back to users. The update also adds the feature to crop the images inside the app, however, the feature only seems to be applicable to the images taken from gallery but not to the images clicked from within the app.

The app now allows also you to rotate your pictures whichever way you prefer as well. These features have made their way to both Android (v1.1) and iOS (v2.3) apps, and the updated apps are available on Google Play and the App Store.

Another feature that has been added with the update is that of split-screen. This feature has made its way just to iOS and splits the screen into two halves, one with the filter applied and the other one without the filter.

There are many clone apps that are trying to mimic Prisma, and some have done exceedingly well while imitating the concept. In fact, after Prisma's announcement last month that it was working on a video-filter feature, an app named Artisto beat Prisma to the punch.

One of the most interesting things to note about Artisto, which might have even pushed Prisma developers to reduce the time delay with this update, is that it is able to give back the processed videos in relatively quickly.

Now all eyes will be on the Prisma's upcoming video-filter feature and how it fares against other rival apps offering the same functionality.
Comments