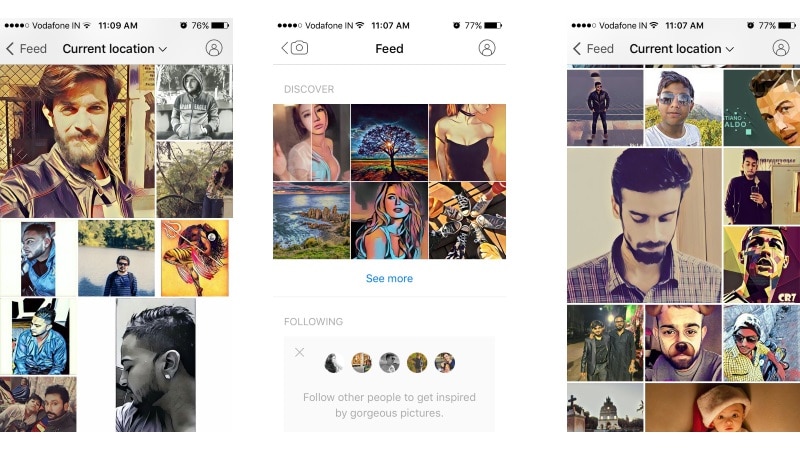 Earlier this year, Instagram decided to ditch the Photo Map feature from its app saying that it was not widely used by the users. It seems like developers from Prisma do not agree with this ideology as the latest update to the photo-filter app adds a map to help users find pictures from a particular area as well as a location-based image feed to the app.

Initially images shared by Prisma users will only be seen by people around them but as the image is liked by more people, it will start showing up for more number of people. Moreover, if a previously shared picture by a user got popular, the new image shared will reach wider audience even more quickly.

With the help of the interactive map within the Prisma app, users will be able to see images shared from a particular area by just a single tap.

"Share your artworks with people around you, get likes and watch your post spread and inspire the whole world! The more likes your picture gets, the further your shared post spreads and the more impressions you'll have for your next one," the Prisma maker said in its release note.

The updated Prisma app is already available for iOS but is expected to roll out later for Android as well.

Further, the Prisma app has now made the aspect ratio free and comes with a new "advanced" cropping tool that allows for full screen images. The resolution has further been increased from 1080x1080 pixels to a maximum of 2300 pixels on the longer axis, as pointed out in a report by The Next Web. The company has further told TNW that it is considering partnership with printing companies as well but hasn't finalised anything yet.