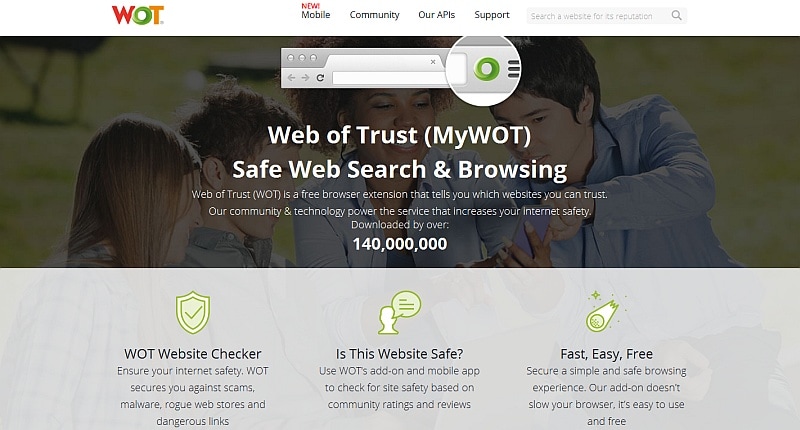 A popular browser add-on has been pulled after investigation showed it was selling users' browsing history to third parties, data that was not sufficiently anonymised. Web of Trust Services is a website reputation and review service that uses crowdsourcing to assign trust and reliability ratings. With the word 'trust' in its name, it's disturbing that the service itself ended up failing the trust of its users.

German television broadcaster Norddeutscher Rundfunk (NDR) in an investigative report last week claimed that the Web of Trust (WoT) add-on, which was available for Firefox, Opera, Chrome, Internet Explorer, and Safari, was being used to gather and sell the browsing history of users.

The NDR report also claimed that the browsing history data being sold to third parties by WoT was not anonymised enough to prevent identification of users, and even revealed related information. NDR said it was able to identify more than 50 users from the sample data it had acquired from a third-party, and that details like ongoing police investigations and sexual orientation were also obtained in some cases.

Mozilla was the first to pull the WoT add-on from its add-on store for Firefox, after receiving complaints from users. WoT in a statement to The Register said it had pulled its add-on from other platforms like Chrome and Opera, and that it was going to release an updated add-on that complies with all regulations after taking "appropriate measures". The service, which also sells WoT apps for Android and iOS, claims that its software has been downloaded by over 140 million users.

WoT said that while it takes great effort to remove any identifying data from the browsing history it sells, "it appears in some cases such identification remained possible, albeit for a very small number of WoT users." It says it will in the future provide the option to users to keep their data private while still remaining a part of the WoT community and using its service, adding that it hopes to regain the trust of its users.