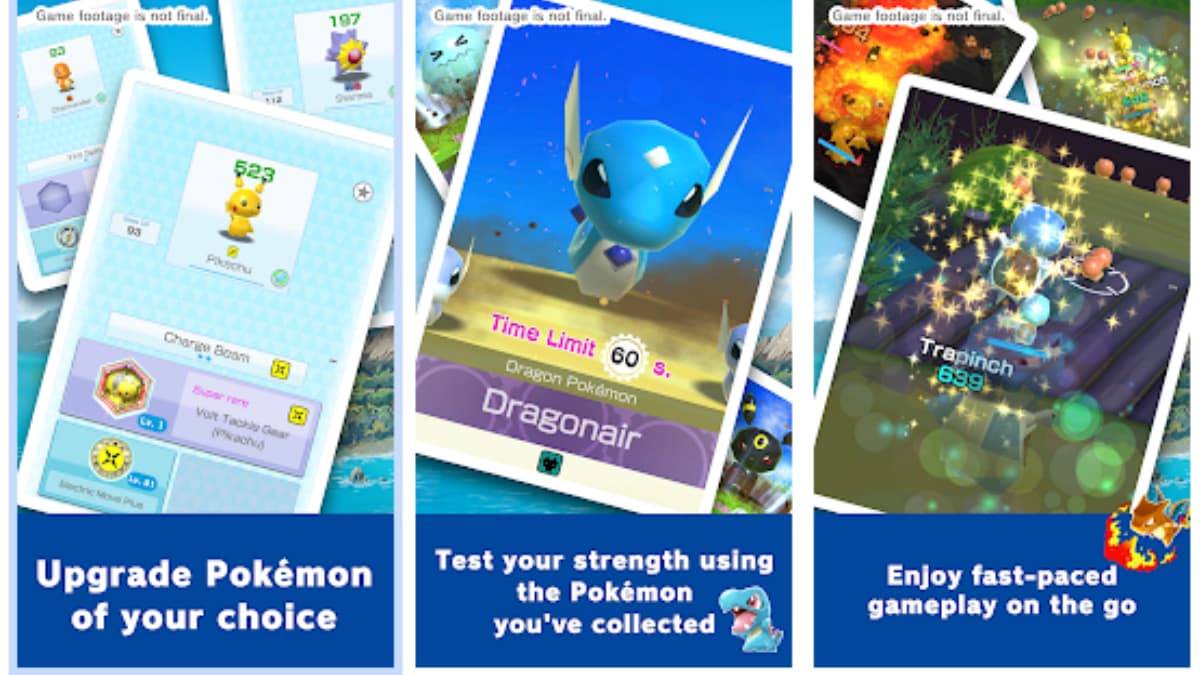 Pokemon Rumble Rush has been soft-launched in Australia

Pokemon Rumble Rush has now appeared on the Australian Play Store as a soft-launch release. The game will be called Pokemon Scramble SP in Japan, where it will be rolled out soon. Internationally, the game will be called Pokemon Rumble Rush and it's a ‘fast-paced action game that expects users to defeat a large number of enemy Pokemon with their choice of favourite Pokemon.' According to the Play Store listing, users can upgrade their Pokemon, collect them, and even test their Pokemon skills in a group battle.

The Pokemon Rumble Rush Play Store listing suggests that the game will work on devices that run on Android 4.4 or higher and are powered by the Snapdragon 410 processor and higher. While you can download the game for free, in-app purchases range from $0.99 to $24.99. The summary details that the Pokemon in the game can be controlled using one hand and attacking another Pokemon will simply require the player to tap on the screen. Users can collect and upgrade Pokemon as they progress in the game.

There's something called the Super Boss Rush that allows players to earn meaty rewards. To win this Super Boss Rush, players will need different types of strong Pokemon with different skills to defeat the Super Bosses. The game is created on a backdrop of islands and seas, and users can explore these and discover new Pokemon along the way.

This soft launch in Australia was first spotted by Android Police, and it hints at an official announcement soon. The Japanese official site says that the game will roll out soon on Android and iOS devices, but doesn't give out an exact timeline.