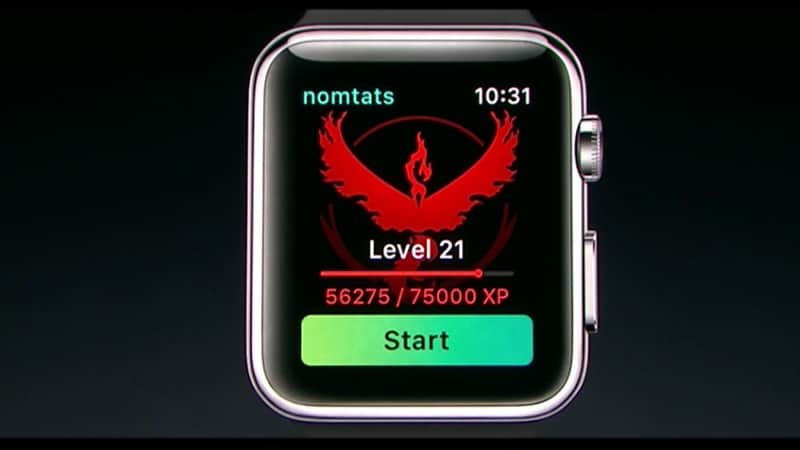 Update: Pokemon Go developer Niantic tweeted that Pokemon Go will still come to the Apple Watch. There is no indication as to a Pokemon Go for Apple Watch release date or what to expect when it hits. The headline has been updated to clarify this.

It seems that what Niantic showed off during Apple's event was an "unfinished port" as per sources speaking to 9to5Mac. Odd considering it was described as companion app touting features such as being able to tap the Apple Watch as you approached a PokeStop.

Pokemon Go for Apple Watch was announced at Apple's iPhone 7 event earlier in the year. Developer Niantic took to the stage to reveal this.

(Also see: Play Pokemon Go Regularly? Here's How You Can Get Daily Bonuses)

"At this point, Niantic hasn’t offered up any details as to why it ceased development of the Pokémon Go Apple Watch application. In a customer support email response, an alleged Niantic representative stated that while plans have been ceased, “if demand for an Apple Watch port increases, we will continue development of a port"," writes 9to5Mac's Chance Miller. Given that wearables have had a rough quarter barring the Apple Watch makes this move all the more perplexing.

Earlier in the week, Pokemon Go finally hit India on Android and iOS in partnership with Reliance Jio. This was followed by a festive update, allowing players to catch special edition Pikachu and Pokemon from games like Pokemon Gold and Silver.

(Also see: Pokemon Go Officially Launched in India, Here’s How to Get Started)

While most of the original 151 Pokemon were present when Pokemon Go first hit, others such as Mewtwo, Zapdos, and Mew were unavailable. Some of these, such as Ditto could be caught from last month. It will be interesting to see how many more are added.