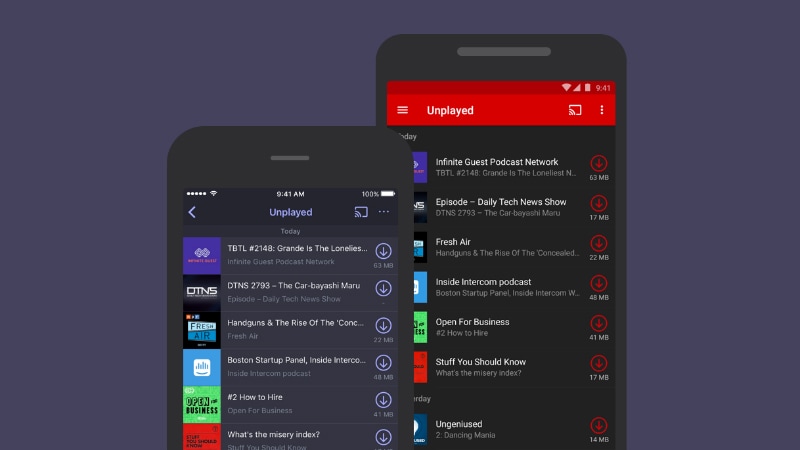 Just days after Google debuted its own Podcasts app, Pocket Casts, one of the most popular apps for listening to podcasts, on Thursday announced that the company's previously closed private beta on Android (Google Play) is now open to the public with version 6.4.14. This development will allow users to now try out the app's latest features without having to wait days or weeks for the stable app to roll out. While Pocket Casts previously ran a closed beta on Android, it currently offers public beta versions for its Mac and Windows 10 apps.

To opt-in, users can browse to this link and sign up by clicking on Become a tester. Once done, simply install the Pocket Casts app from Google Play. To opt-out, you can just uninstall the beta app, wait for a few hours, and then install the public version of Pocket Casts.

The proximity of this announcement to the launch of Google Podcasts could be a coincidence, but appears to be an apparent attempt by Pocket Casts to step up the competition on Google's own mobile app store. The company, on Twitter, also stated that the ability to search for an episode inside a podcast will make its way to mobile apps in a future release. The feature is currently undergoing testing on the Web version.

Earlier this week, Google launched its Google Podcasts app on Android. This is the company's first standalone podcasts app, and uses Google's recommendations algorithms to suggest podcasts to users based on their listening history. Back in April this year, however, Google Search had received an update that allowed users to listen and subscribe to podcasts without the need of installing a separate app. There is no iOS app for Google Podcasts neither have any plans been announced yet.

Gadgets 360's Orbital and Transition podcasts are available on both Android and iOS.