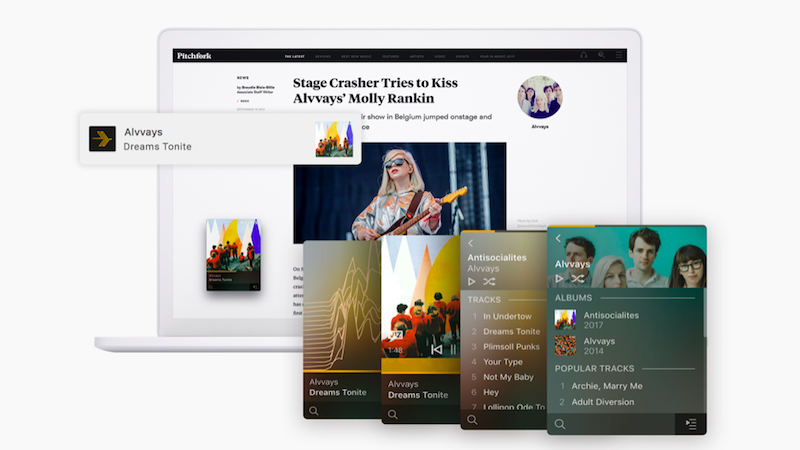 Popular media player platform Plex on Monday announced the launch of the Plexamp music player for macOS and Windows, one of the first projects to come out of Plex Labs, the company's experimental testing initiative. Plexamp takes inspiration from Winamp to create a nostalgia-filled media player that offers extensive functionality with a barebones UI.

Elan Feingold, CTO and Co-Founder at Plex, said Plexamp was an attempt to combine music with Plex, and kept three things in mind "small, powerful, beautiful." Winamp became its inspiration, considered by the Plex team to be "the most classic and beloved small audio player". So while Winamp was mostly limited to Windows and playing local or networked files, Plex itself is a client/ server model that has a metadata rich library and gives you access to your personalised music collection anywhere in the world. Plex claims that the challenge to combine Plex and Winamp was with the aim to create a "small" app.

The Plexamp app runs on both macOS and Windows and works like a native app offering support for media keys (skipping tracks and play/ pause toggle) and notifications. The Plexamp app requires macOS 10.9 or above or Windows 7 or newer for download.

The app will have support for all music formats. It has Companion support that offers remote control for other Plex players and can be remote controlled itself. The Plexamp also works in offline mode.

Plex has made use of a combination of platforms including Electron, React, MobX, and ES7 to develop Plexamp. The media player will be based on Music Player Daemon (MPD), an open-source audio player.

Besides support for standard media keys, it offers a global activation hotkey much like Spotlight on macOS (cmd+shift+space). This gives additional functionality to some power users. There are also features like Gapless Playback, soft transitions, album art key colour extracting, and a wide range of visualisers.

Plex is also rolling out some features that will be part of its Plex Pass premium music package. In a limited period offer, Plexamp will offer these features for free for the next three months.

These features include Loudness levelling for maintaining consistent playback volumes, smart transitions for seamless transitions between audio tracks, SoundPrints for assigning unique artwork to each album, and waveform seeking for tracking audio patterns in each track.

Plexamp will also have unique algorithms in place, for its Plex Pass users (free for three months), to ensure that the music shuffle is based on factors like track popularity, rating, and listening history. With Artist Radio, each artist will provide an artist radio station which gives users a way to browse similar music.