Pearson+ app will provide study help as well in the form of flashcards, notetaking capability, practice questions, and more. 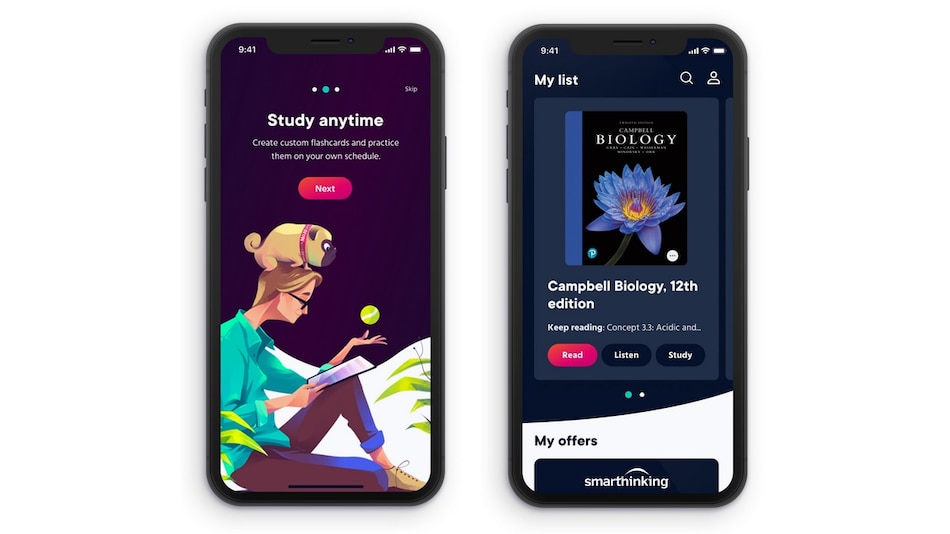 Pearson, one of the leading publishers of textbooks in the US, has announced a subscription service called Pearson+ for digital textbooks. Users will be able to take advantage of the subscription service via the Pearson+ app. It is said to hit college campuses in the US this fall, with a global rollout expected as well. The Pearson+ app will be available on mobile as well as desktop and it offers two plans with different benefits. Pearson says this service will “fundamentally change the way students access and experience college textbooks.”

Pearson announced the Pearson+ service late last week, and it is essentially a subscription plan for digital textbooks (or eTexts, as Pearson calls its offerings). Just like with OTT platforms such as Netflix, Prime Video, and others, Pearson+ will require a monthly payment in order to access its library of books digitally. There are two tiers — Single and Multi — price at $9.99 (roughly Rs. 750) per month and $14.99 (roughly Rs. 1,100) per month respectively. The Single Tier allows access to one Pearson digital textbook at a time while the Multi Tier gives access to the full library of over 1,500 eTexts.

The Pearson+ app gives students access to all the books on mobile and desktop brings features like flashcards, notetaking capability, practice questions, and tutoring discounts. The app also comes with an audio player for audio versions of eTexts and offline access. Fonts and backgrounds can also be customised. There is 24/7 live student support as well. The app is already available on the App Store and Google Play.

As per a report, Pearson+ app will be available in the US college campuses from this fall and is expected to be available globally in the future. With the Pearson+ app and subscription service, the publisher says the carbon footprint is only 20 percent of traditional print textbooks. The publisher also adds that as it learns more about the needs and preferences of students, Pearson+ will get additional features and content that is planned for future release.

Alexa Can Now Locate COVID-19 Vaccine and Testing Centres in India: Here’s How