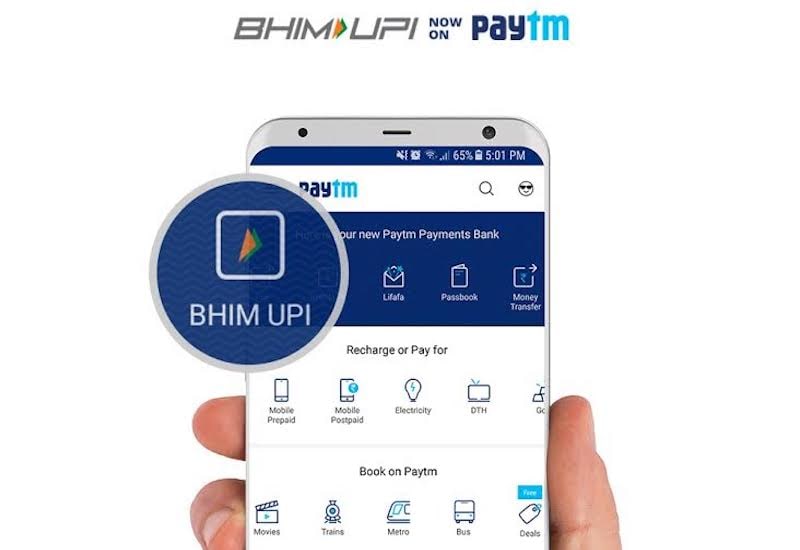 The Paytm Payments Bank has made no secret of the fact that it was going to offer BHIM-UPI compatibility soon, and on October 31 the company announced this via a tweet as well. Now, on Tuesday, BHIM-UPI on Paytm is rolling out to users starting with Android, and coming to iOS soon. As of now, the update is still not live on the Google Play store, but Paytm says it will be available shortly.

With this, you can create a Paytm virtual payments address (VPA), and link your bank account to it, and start using BHIM-UPI payments anywhere they're accepted, or using it to transfer money to other people. As we've explained before, you don't need a Paytm Bank account in order to use the Paytm UPI feature - BHIM-UPI allows you to create a VPA with any processor, and link any bank account to it. So you could have an ICICI or an SBI account, and operate it through the Paytm app on your phone.

BHIM-UPI: How it Works - Apps, Charges, and Everything Else You Should Know

It uses the same Paytm app that you may already be familiar with from the Paytm wallet - in the first set of options, next to add money and passbook and other options, you'll see a new button marked BHIM UPI with the same logo as the BHIM app. Tapping this takes you into the UPI options, where you can send and accept money, just like any BHIM-UPI app.

When you go to the BHIM-UPI section, you'll have to create a new VPA with the Paytm app, which will use your registered mobile number. Therefore, if your phone number is 9876543210, your UPI ID will be 9876543210@paytm - you will be able to use this from the Paytm app to send and receive payments from and to your linked savings bank account.

"As a part of our journey of being a truly open payment platform, consumers and merchants should both have complete range of choices to select payment source and destination," added Renu Satti, MD and CEO, Paytm Payments Bank. "With the availability of BHIM-UPI to our large user base and merchant network, we believe the next wave of digital payments will begin soon."

If you need to send money to someone you know, you'll enter their VPA in the BHIM-UPI tab, and if you need to pay a bill online, you'll type in the VPA you created to get a payment request in the Paytm app. To pay offline, you need only tap the Pay button and you can scan a QR code to pay - this allows you to pay either by Paytm wallet, or UPI, depending on which mode the merchant supports.

Facebook to Encourage People to Vote in State Polls