Oyo Said to Cut About 5,000 Jobs in Overhaul to Boost Profitability

Oyo said to be reducing staff in China, the US, and its home country - India - as it seeks to boost profitability. 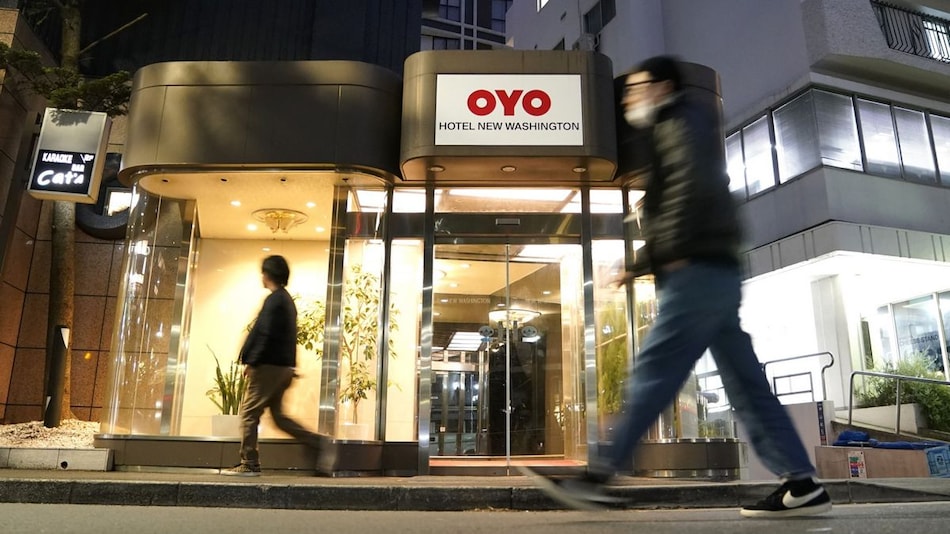 Oyo Hotels is cutting its global workforce by about 5,000 to 25,000 people, with the deepest reductions in China after business there crumbled in the wake of the coronavirus outbreak.

The Indian startup, one of the largest in SoftBank Group's portfolio, is reducing staff in China, the US and its home country as it seeks to boost profitability. Oyo expanded rapidly after its founding in 2013 and reached a valuation of $10 billion, but investors have soured on money-losing businesses after WeWork's meltdown and SoftBank has pushed portfolio companies to prioritise profitability.

“In our previous phase, we added a lot of properties to our platform and built the brand and mindshare,” said founder and Chief Executive Officer Ritesh Agarwal in an interview. “Our first focus of 2020 is growth with profitability.”

Agarwal said the global headcount would fall by about 17 percent from 30,000 in January. The company is also prioritizing improved relations with hotels and stronger corporate governance, he said. The worldwide overhaul was in full swing, he added. “By the time our restructuring process is complete, OYO will have over 25,000 employees worldwide,” he said.

The coronavirus is contributing to a dramatic retrenchment in China, a market once deemed crucial to Oyo's global expansion. The company intends to fire about half its 6,000 direct full-time staff in the country, people familiar with the matter said, asking not to be identified discussing internal targets. Of the remaining 4,000 so-called discretionary workers -- hired in support areas such as call centers and clients' hotels -- a portion will be temporarily laid off but invited back once business recovers, one of the people said.

The staffing reductions are up sharply from an envisioned reduction of about 5 percent of Chinese employees prior to the epidemic, which abruptly chilled travel across the world's No. 2 economy. It also follows the dismissal of 12 percent of its 10,000 staff in its home country of India, people familiar with the matter have said.

The accelerated downsizing is a setback for Masayoshi Son's SoftBank, whose portfolio has been buffeted by WeWork's infamous implosion and volatile share prices at once high-flying Slack Technologies and Uber Technologies. The billionaire has called for greater financial discipline among the founders in his portfolio, spurring job cuts at outfits such as Zume Pizza.

Other SoftBank portfolio companies, including Getaround, Wag Labs, and Brandless, have had to cut staff or change business models once it became apparent revenue and profits were not living up to once-grand ambitions.

”In China, the coronavirus has hit us and in specific provinces, we are trying hard to keep hotels open, as many as possible,” said Agarwal. “It's a tough time for our hotel partners.”

Hotel owners in China had protested in front of the company's offices, accusing the startup of violating contractual agreements. The growing turmoil may complicate SoftBank's efforts to raise a successor to the Vision Fund, the world's largest pool of startup investments.

Oyo's Japanese business also has been plagued with problems. After a chaotic rush to expand in Asia's second-largest economy, the startup alienated potential partners, workers and some customers, according to interviews with more than two dozen of them.

Son has been a keen supporter of Agarwal, helping fund the hotel company's fast international expansion. Oyo had been growing at a rapid clip, but its reputation has suffered due to customer complaints about bad experiences along with grievances about poor or unfair treatment from several of the more than 20,000 hotel owners in its chain.

SoftBank's Vision Fund has so far invested about $1.5 billion in Oyo. The company also counts Airbnb Inc., Sequoia Capital and Lightspeed Venture Partners as backers. It promoted its real estate business chief, Rohit Kapoor, to CEO for India and South Asia in December to shake up the business.

In its aggressive effort to acquire market share, Oyo offered hotel stays for as cheap as $4 a night, according to one person familiar with its practices. The company also stocked up on rented room inventory by signing exclusive deals and guaranteeing income to hotel owners. Agarwal and Son have both said their goal was to make Oyo into the largest hotel operator in the world by room count, surpassing Marriott International Inc., founded in 1927.