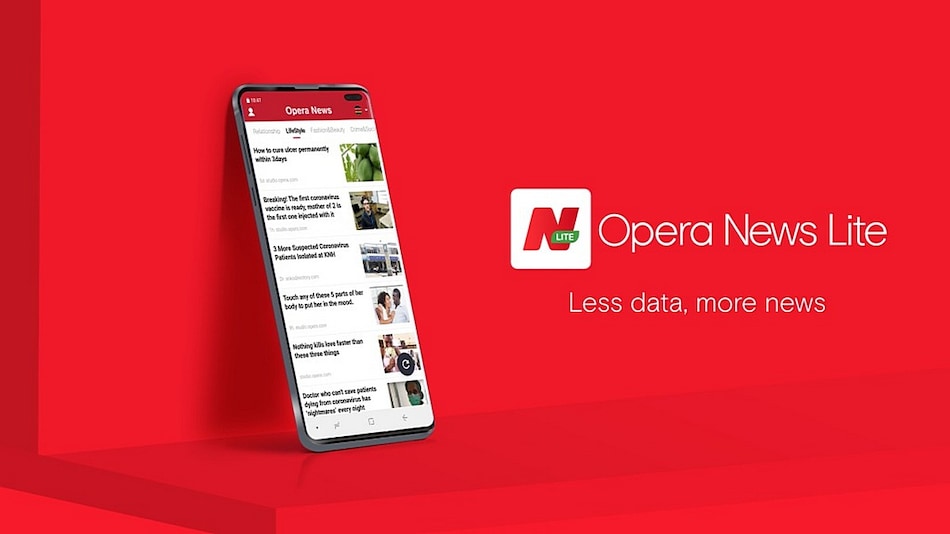 Opera News Lite is around 1MB in size

Opera launched a lighter version of its news app called Opera News Lite which is targeted towards users with less data storage and limited data speeds. The app is available for download from the Google Play Store in more than 40 countries including India. Opera News Lite — available in more than 60 languages and countries — is based off the company's Opera News which was released around two years ago. The new app offers faster browsing using fewer resources, and still retains popular features from the older app.

In its blog post, Opera stated that the new Lite app is “less than one megabyte” in size which means that even the users with limited download bandwith and speeds don't have to worry. Opera News Lite retains features like personalised news articles, exclusive original content, and notifications about breaking news, which were part of the older Opera News app. The company behind the popular web browser with the same name claimed the new app is “highly responsive under all network conditions as it minimises the use of data and resources to deliver content faster.”

According to the company, Opera News Lite can provide four times faster access to news for users living in Kenya, Nigeria, and nearby countries, as it has installed local data centres in Lagos and Mombasa. The post stated that the local data centres have reduced connection latency, allowing for four times faster navigation on not only the Opera News Lite app but across all Opera products.

The Opera News Lite app can be downloaded from the Google Play Store which lists the app size of around 1MB while the older Opera News app is around 11MB.