The feature works by creating a private connection over direct Wi-Fi. 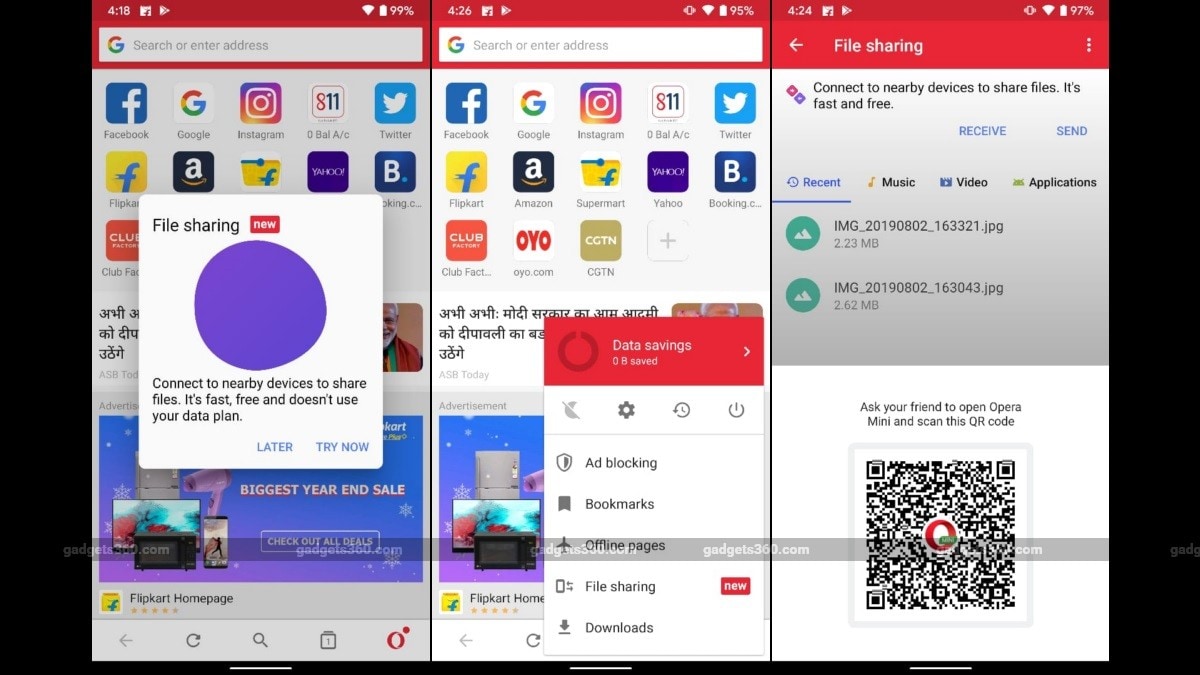 Opera has added a new feature to its Opera Mini mobile browser app that allows users to share files without requiring an Internet connection. The offline file transfer feature, which is simply called “File Sharing”, is now available in the latest version of the Opera Mini browser. The feature allows users to share audio, video, photos, documents, and even apps without requiring an active internet connection. Opera claims that the file transfer is accomplished by creating a secure private network, ensuring a seamless connection between the two devices.

In a blog post, Opera revealed that that the Opera Mini browser's file sharing feature allows users to transfer files at speeds that are around 200 times faster than Bluetooth. The two devices involved in file transfer are connected via direct Wi-Fi after scanning a QR code generated on the device that will send the necessary files. Opera says that the new file transfer feature has been created to help users conveniently share files without spending mobile data.

In order to open the file transfer interface, users just have to tap the Opera icon at the bottom of the Opera Mini browser homepage, followed by tapping on the “File Sharing” option. The sender will then have to tap on the "send" option to generate a QR code, which needs to be scanned by the device on which the files are to be received. Once the QR code is scanned, the two devices will be connected to allow file transfer. There is also an option to add a file sharing shortcut to the app's home page.

One can share photos, videos, apps, audio files, and documents using the new offline sharing feature in Opera Mini browser. We tested the feature on the Opera Mini app for Android (version 44.1.2254) and found that it works as described. However, the file transfer speed is not as fast as the one facilitated by the Google Files app. Also, the pairing process occasionally proved to be a little erratic, and sometimes failed to connect two devices altogether even after scanning the QR code.