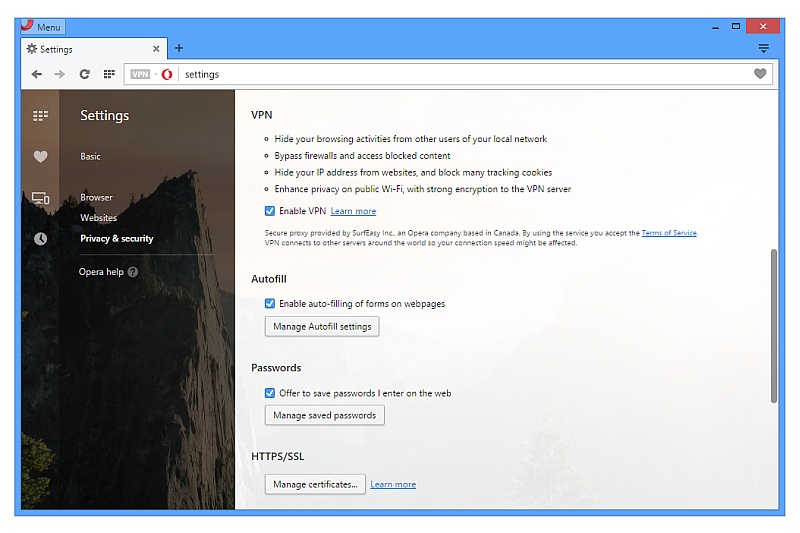 Norwegian online browser and advertising firm Opera Software ASA has embedded a tool aimed at circumventing censorship into its latest desktop app, potentially complicating a bid for the company by a consortium from China, which censors the Internet.

Opera said on its blog on Thursday the newest version of its desktop Internet browser, targeted at developers, includes a free built-in Virtual Private Network (VPN), a common tool for getting round online censorship, with unlimited data usage.

"Everyone deserves to be private online if they want to be," said Krystian Kolondra, a senior vice president at Opera, on the company's official blog.

Opera users get "easier access to all their favourite online content no matter where they are," he said.

In February, Opera CEO Lars Boilesen told tech news site TechCrunch that selling to the Chinese group was not his decision, but up to Opera's shareholders.

Chinese Internet companies are required to censor any content that the ruling Communist Party deems unlawful, a sweeping power which has been used to block content that clashes with the official party line.

China frequently upgrades its Internet censorship mechanism, widely considered the world's most sophisticated and known as the Great Firewall. This has often rendered VPNs impotent in China.

It was not immediately clear whether Opera's new tool would be able to circumvent such restrictions.

Last week, the Chinese consortium extended its offer for Opera to May 24, the latest deadline possible, as it had received acceptances from shareholders below the required level.

The deal also needs to be approved by Chinese and US authorities.
Comments