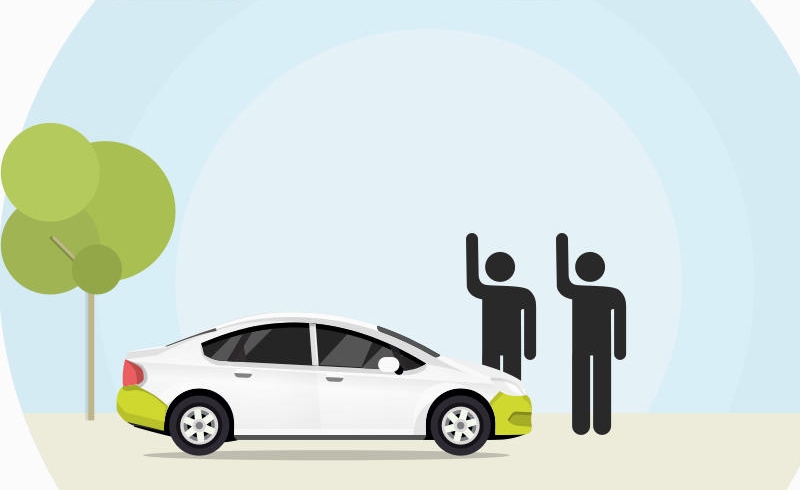 Taxi aggregator Ola announced the launch of its 'Share' social ride-sharing feature on its app on Tuesday.

The Share carpooling feature, still in beta, is live on its mobile app and can be used by customers in Bengaluru at an introductory flat fare of Rs. 50, the company said.

Ola Share uses advanced algorithms to match users who plan to travel on the same route in real-time, within users' identified social groups. When a user selects his drop location, Ola will match users from common groups who are also looking for a cab on the same route in real time. Once additional users en-route are identified, the driver's device gets an alert with navigation to their pickup location within minutes, to join the ride. A maximum of three people can share a cab together via Ola Share, the company said.

"With Share, we not only bring economy, convenience and comfort of travelling with people in your circles, but also increased inventory utilisation of vehicles on the platform," said Ishan Gupta, Head of Ola Share in an emailed statement. "This will also contribute towards significant reduction of traffic, congestion and pollution in our cities,"

Privacy-minded users can choose to travel with users from social groups they choose to be part of. Ola has also introduced the concept of social groups on its app, so friends or colleagues can create groups to share rides amongst themselves. A user can join multiple groups or simply choose to share a ride with anyone.

The service will be rolled out across five cities over the next three months.

In September, Ola had launched shuttle services in Bengaluru and Gurgaon, covering 100 routes.

Uber in September had announced the launch of UberPool, its carpooling service in India. The service, is available in beta in Bengaluru.