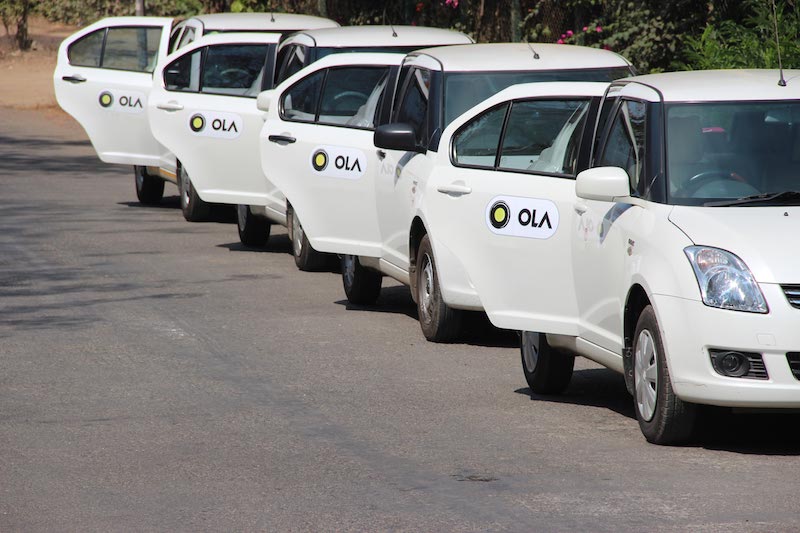 Indian ride-hailing company Ola, which operates in over 100 cities in the country, is eyeing international expansion, multiple sources familiar with the matter have told Gadgets 360.

The company, which leads rival Uber in India's ride-hailing market, has been looking at international markets for a while, and it has identified India's neighbours Sri Lanka, Nepal, and Bangladesh as the first international countries where it will offer its services, a person familiar with the matter said. Rival Uber already operates in Sri Lanka and Bangladesh.

Ola is also eyeing other countries in Asia and North Africa to continue this expansion in the future, another person requesting anonymity told Gadgets 360. An Ola spokesperson did not comment on this story.

The timing of Ola's international expansion remains unclear, but one of the sources that spoke to Gadgets 360 said that the company recently began adding support for international phone numbers in its app, which suggests that the beginning of Ola’s international journey might not be very far.

Teams within the company have also been looking into localisation requirements including support for local SMS, currencies, and user interfaces for different markets, another source told Gadgets 360 in May this year.

While Ola is exploring entering international markets, it also wants to continue to grow in India, where it already operates in 110 cities.

Changing international landscape
The company’s interest in international markets comes months after a two-year-old alliance between Ola, Lyft, Didi, and Grab expired. The companies had formed an alliance to leverage each other’s resources, in what was an attempt to better compete with Uber.

Things changed when Didi, which operates in China, bought Uber’s operations in the country last year. The Chinese company said it will merge Uber’s China business with its own operations. The end of the alliance paves the way for participant companies to enter each other’s territories and become direct competitors.

Grab, which has long recruited developers and engineers from India, announced in March that it will be opening an R&D centre in Bengaluru, though the company told Gadgets 360 at the time that it has no plans to enter the Indian market at present. Grab operates in several South Asian markets, while Lyft competes with Uber in the United States.

Uber-Ola rivalry
Ola is exploring international markets at a time when Uber is increasingly expanding its reach in India. The global ride-hailing service, which operates in over 500 cities, is presently available in 29 cities in the country. India has become one of the biggest markets for Uber, especially in the wake of its exit from China.

At the same time, Uber has been embroiled in a series of scandals, including allegations of sexual harassment in its home market, the US. Uber has lost several of its top executives over the last six months, including co-founder and CEO Travis Kalanick.

The company also reportedly fired as many as 20 people as part of its harassment investigation, including Eric Alexander, its former president of business in Asia, who is said to have obtained unauthorised access to medical documents of the Delhi rape case where an Uber driver was involved.

On top of this, Uber is also the subject of a lawsuit with Alphabet’s Waymo. The autonomous car subsidiary Waymo has accused a Waymo manager of stealing technical data when he left Waymo to join Uber.

As Uber handles all these scandals, and searches for new CEO, COO, and several other top executives, its competitors could see it as a great time to aggressively expand their businesses.

At the launch of UberEATS in Delhi-NCR, Uber India officials said that the events in the headquarters have not affected the India business, however, what's been happening can only be helpful for the company's competitors, including Ola.

Editor's Note: An earlier version of this article incorrectly mentioned Bhutan instead of Bangladesh as one of the countries Ola is planning to extend its services to.

Gopal Sathe contributed to this report.