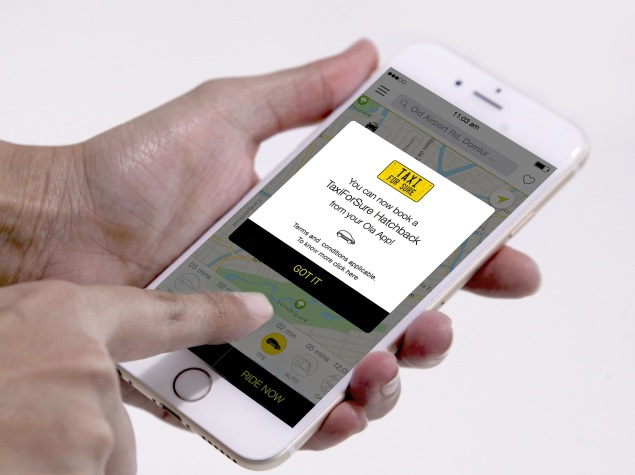 Ola is currently rolling out the TaxiForSure hatchbacks booking via its own app in Delhi and Mumbai, and has revealed plans to add other cities in a phased manner over the next few weeks. The company adds that all TaxiForSure rides booked via the Ola app will have to be paid for in cash only.

"Once the ride is completed, an automated invoice from TaxiForSure will be emailed to the customer. Standard TaxiForSure fares are applicable on all hatchback rides made through the Ola app," the company said.

To book a TaxiForSure (TFS) hatchback on Ola app, customers will have to click on the TFS icon that will be present as a new category in the app. Currently customers can book a TaxiForSure cab only through the 'Ride Now' option. The 'Inform A Friend' feature of TaxiForSure will be available to the TFS registered users.

Commenting on the announcement, Pranay Jivrajka, Chief Operating Officer, Ola said, "Ola and TaxiForSure have been revolutionising personal transportation across the country. Now we are thrilled to take this to the next level to make that experience easier than ever. By bringing TaxiForSure hatchbacks onto the Ola app, we have unlocked complimentary value."