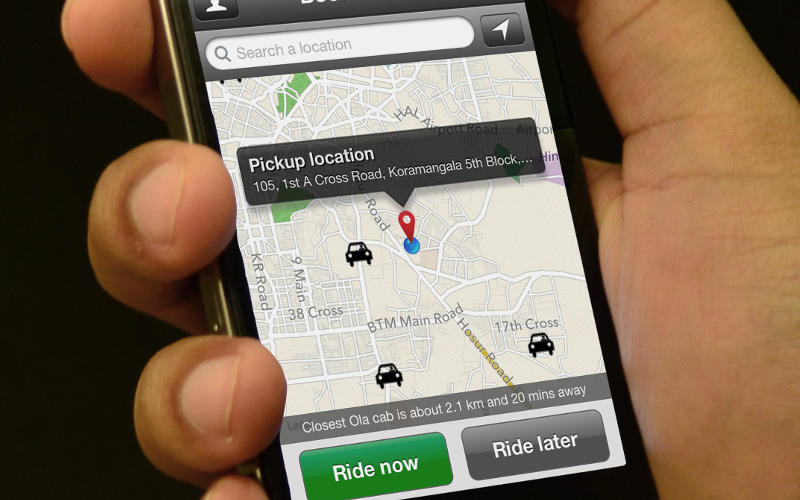 Cab aggregator Ola announced Monday that it had served 25 million customers over 150 million cumulative bookings till date, with one million daily booking requests daily on the service.

Ola said that has grown three times its size since April 2015, and is expecting to clock three million booking requests a day by April 2016. Demand goes up to 7,500 users a minute, during peak hours, the company said.

The service currently operates in 102 Indian cities, with over 325,000 vehicles registered on the platform. The SoftBank-backed company, which launched a cab-leasing programme through a subsidiary earlier this year, said the initiative will help add another 100,000 cabs over the coming year onto its platform.

"It is overwhelming to see hundreds of thousands of driver-partners trusting the Ola platform as their primary source of earnings and livelihood," said Bhavish Aggarwal, Co-Founder and CEO, Ola, in an emailed statement, in which he restated the company mission of building mobility for a billion people. He added that the next phase of growth will be fuelled by features like Ola Share and Ola Prime.

"Our innovations will continue to solve for the unique needs of the local markets that we operate in, also helping address critical issues at large like congestion, traffic and pollution amongst others, for sustainable growth," added Aggarwal.

Ola Share, which lets riders choose their social groups, will take utilisation to an all new level, said Anand Subramanian, Head of Corporate Communications at Ola, in a phone conversation with Gadgets 360. "Clearly we're in a supply constrained model. There's far more demand than supply at any point of time. The interesting part is that the driver is going to make far more, and the customer is going to pay far lesser, and increase the number of booking requests," he added.