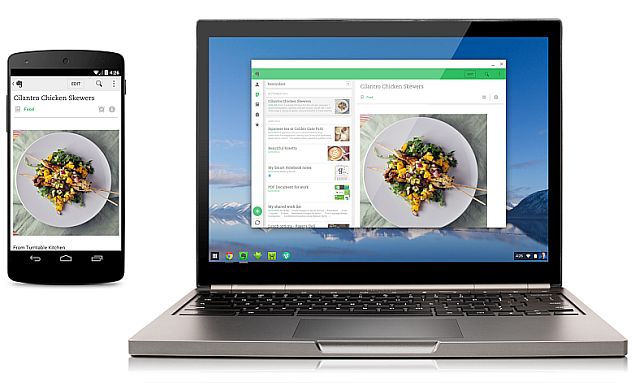 Google back in September introduced the first set of Android apps for Chrome OS via its App Runtime for Chrome (popularly known as ARC) in Beta. Now, the company is taking the ARC that is still in beta to the next level as it can allow Android apps to run (to some extent) on desktops.
(Also see: How to Run Android Apps on Your PC or Mac)

Google has launched a new Chrome extension named ARC Welder, which is now available via Chrome Web store, and it can run (or test) any Android app within the Chrome browser. The search engine giant stresses that the new Chrome extension release is primarily focused on developers to test their apps on Chrome OS. It's worth mentioning that the while move might be targeted for developers to test the apps for Chrome OS; though it allows most Android apps to run on desktops such as Windows, Mac, Linux as well as Chromebooks.

Android Police points out, "It runs Android software at a speed that's close to native inside of a sandboxed Dalvik virtual window." Considering that ARC is still in beta, Google is referring to this release as a Developer Preview.

(Also see: How to Use WhatsApp on a PC)

Google details how to get started steps for developers to test or run Android apps on Chrome OS via the ARC Welder Chrome extension, which unfortunately requires the apk (Android application package) file of an app. Users can find the signed-apks for most of their favourite apps on third-party hosting sites like Apkmirror. To test or run an Android app, one will have to attach the apk file to ARC Welder and launch the app.

There are few limitations as Google Play Services are not completely supported, which means that the apps relying on it might not run well. "Since ARC is in beta, it doesn't support all of Google Play Services yet," notes Google. The company however has given some available APIs to fix.

The company back in September announced four apps - namely Duolingo, a free language-learning app; Evernote, the popular note taking app; Sight Words, an app to help improve your child's reading skills, and Vine, for creating short and looping videos, landed on Chrome OS. The company initially previewed its plans to run Android apps on Chrome OS at its I/O 2014.