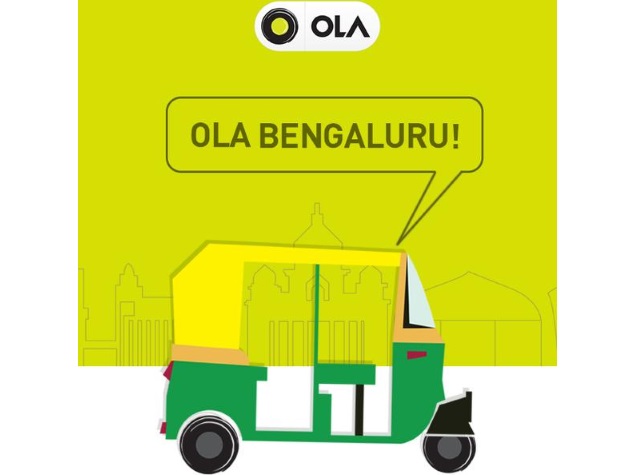 The company announced the news on Twitter on Tuesday, saying, "Yes, it's true. Bangalore autos are now on Ola. Check out the beta version on the Ola App." With the commencement of the on-demand auto services, Bangalore has become the first city where Ola has both auto rickshaw and cab services.

The company is touting the service as "beta launch of autos" on the Ola App. Media Nama reports that the on-demand auto service from Ola works similar to the cab booking service. It said, "The fare payable is the regular meter fare plus Rs. 10 as convenience fee. Interestingly, one has to enter the drop-off point before an auto driver accepts the booking."

As of now, the number of autos in Ola's pilot service is limited, which is said to be around 300, and each of the autos under the Ola service has been equipped with Huawei phones to track bookings, according to a report. Currently, the Ola auto service users will have to pay through cash. A report even suggests that the company is offering auto rickshaw drivers "quick training on etiquettes."

Ola Cab is currently offering each auto rickshaw driver a minimum salary of Rs. 10,000 alongside Rs. 1,500 as mobile charges per month, claims a report by Deccan Chronicle.

Ola on Monday launched its services in Nagpur, which was the fourth city in Maharashtra after Mumbai, Pune and Nashik.

The company claims that it has over 37,000 cars available across 20 cities in India. Customers can book cabs via the Ola app for Android, iOS and Windows, or by making a phone call.