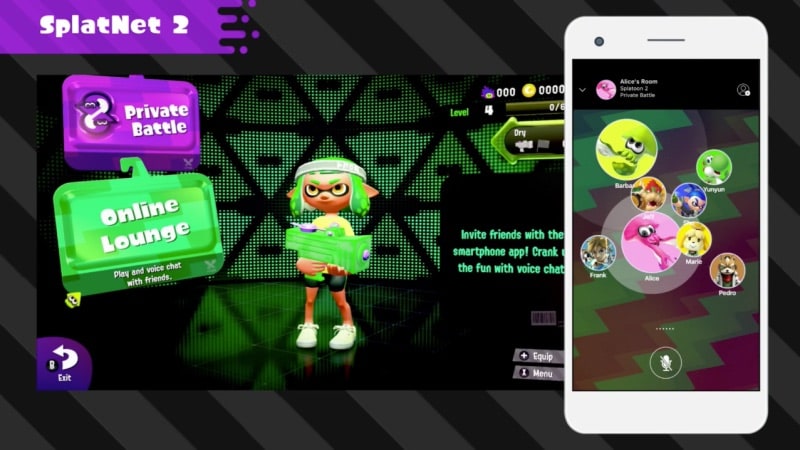 The Nintendo Switch Online app will let players voice chat, invite friends to online matches, and create teams. It will only work with Splatoon 2 at launch, allowing access to SplatNet 2 as well. SplatNet 2 lets Splatoon 2 users check out their online play stats and info on upcoming game features.

With the advent of Nintendo Switch Online, there’s a good chance that other games such as Rocket League won’t have built-in voice chat capabilities, forcing audio through a smartphone.

In Splatoon 2, players can invite others via the Nintendo Switch Online app to Private Battles, League Battles, and Splatfest Battles across social media and what Nintendo describes are “other services”. It will also support push notifications for instant alerts when an invite is received.

Nintendo Switch Online and Splatoon 2 online multiplayer is free until Nintendo launches its service for the Nintendo Switch in 2018. It will cost $19.99 per year and $3.99 a month when it hits.

Hopefully more games make use of Nintendo’s attempt at an online network. Arms, Mario Kart 8 Deluxe, and Splatoon 2 notwithstanding, it will be interesting to see how many third-party games outside of Rocket League and Minecraft truly implement online play on the Nintendo Switch.