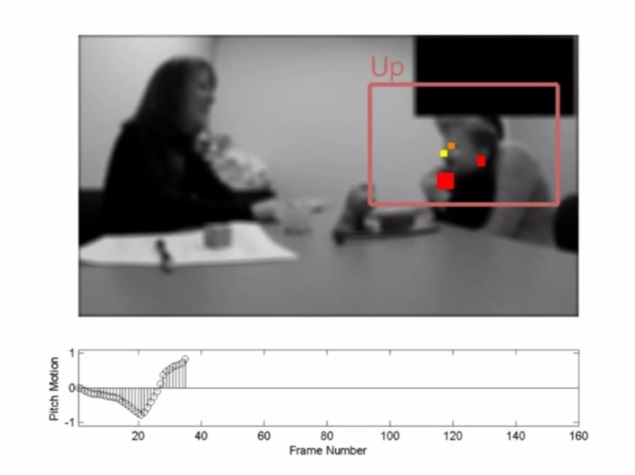 US researchers have developed a new software that can help spot behavioural markers of autism in infants.

Researchers at Duke University have developed a software that tracks and records infants' activity during videotaped autism screening tests.

Their results show that the programme is as good at spotting behavioural markers of autism as experts giving the test themselves, and better than non-expert medical clinicians and students in training.

"We're not trying to replace the experts," said Jordan Hashemi, a graduate student in computer and electrical engineering at Duke.

"We're trying to transfer the knowledge of the relatively few autism experts available into classrooms and homes across the country.

"We want to give people tools they don't currently have, because research has shown that early intervention can greatly impact the severity of the symptoms common in autism spectrum disorders," Hashemi said.

The study focused on three behavioural tests that can help identify autism in very young children.

Clinicians count how long it takes for the child's attention to shift in response to the changing stimulus.

The second test passes a toy across the infant's field of view and looks for any delay in the child tracking its motion.

In the last test, a clinician rolls a ball to a child and looks for eye contact afterward - a sign of the child's engagement with their play partner.

In all of the tests, the person administering them isn't just controlling the stimulus, he or she is also counting how long it takes for the child to react - an imprecise science at best.

The new programme allows testers to forget about taking measurements while also providing more accuracy, recording reaction times down to tenths of a second.

"The great benefit of the video and software is for general practitioners who do not have the trained eye to look for subtle early warning signs of autism," said Amy Esler, an assistant professor of pediatrics and autism researcher at the University of Minnesota.

"The software has the potential to automatically analyse a child's eye gaze, walking patterns or motor behaviours for signs that are distinct from typical development," Esler said.

Later this year, researchers plan to test a new tablet application that could do away with the need for a person to administer any tests at all.

The programme would watch for physical and facial responses to visual cues played on the screen, analyse the data and automatically report any potential red flags.

Why File-Sharing Startups Like Dropbox Are Being Pushed Towards IPOs, Buyouts
Iran Court Orders Blocking of Instagram: Report