New software developed that can read emotions from facial expressions 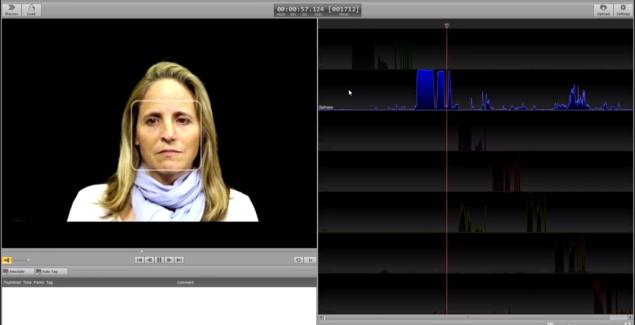 A US company named Emotient has developed new software that can analyse a human face to tell if a person is feeling joy, sadness, anger and disgust among other emotions - it can even catch a fake smile.

The software, called Facet, uses a simple digital camera to determine whether a person is feeling joy, sadness, surprise, anger, fear, disgust, contempt or any combination of the seven emotions.

The software can reconnect those dots by accurately reading the emotions registering on a person's face in a single photograph or video frame, 'LiveScience' reported.

Using Facet on a video sequence produces even more interesting results, because the software can track the fluctuations and strengths of emotion over time, and even capture "microexpressions," or little flickers of emotion that pass over people's faces before they can control themselves or are even aware they have registered an emotion.

"Even when somebody wants to keep a neutral face, you get microexpressions," Bartlett said.

That is because the human body has two different motor systems for controlling facial muscles, and the spontaneous one is slightly faster than the primary motor system, which controls deliberate motion.

That means microexpressions will slip out - and as long as they appear on a single frame of video footage, Facet can recognise them, the company claims.

The software can also pick up on other subtle facial signs that a human might miss. In the case of "smiling, but not with your eyes," Bartlett said that when people smile sincerely, a muscle called the orbicularis oculi, also known as the "crow's feet muscle," contracts, creating the wrinkles at the eyes' edge that are sometimes called "crow's feet."

Bartlett said Emotient is now working on, among other things, the software's potential for identifying and treating depression.
Comments