Netflix says it will also publish “speciality lists” which will show the top documentary features or reality shows. 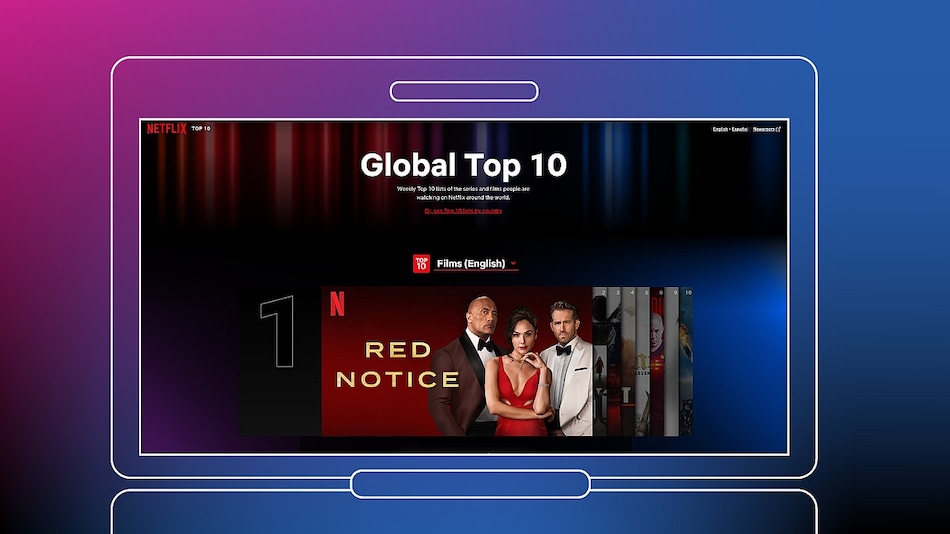 Netflix has announced the launch of a new website which will display the streaming service's most popular titles. The platform will feature the "Top 10" titles on a newly created website which will track the performance of various shows on the service's platform. Viewers will be able to check the Netflix Top 10 website to track English and Non-English movies and TV shows, as well as how well those movies are performing in different countries, marking a shift in how the streaming service shares data with its viewers.

The service announced the launch of the new Netflix Top 10 website via Twitter, stating that it had received a lot of feedback about its metrics over the years. The new website will feature weekly lists at a global and country level, and provide viewers with lists of the most popular titles on the platform. Every Tuesday, the service will organise the most popular titles on the Top 10 website by view hours, the company stated.

We've had a lot of feedback about our metrics over the years.

So we went back to the drawing board and today we're excited to launch https://t.co/a9X2usRUun — a new website with weekly global and country lists of the most popular titles on Netflix as ranked by view hours pic.twitter.com/JMrvzmRv8s

The company revealed on its website that traditional measures like box office or share of audience (used on TV) were not relevant to streaming services. "Having looked at the different options, we believe engagement, as measured by hours viewed, is a strong indicator of a title's popularity, as well as overall member satisfaction, which is important for retention in subscription services," said Pablo Perez De Rosso, Vice President, Content Strategy, Planning & Analysis at Netflix.

The Top 10 website is currently available in both English and Spanish, and Netflix says on its website that the company will add more languages next year. Netflix will provide a list of the top 10 Films (English), TV (English), Films (non-English) and TV (non-English). Viewers will also be able to look at rankings from over 90 countries. The company, however, admits that measuring hours viewed would benefit shows and movies that are longer in length, so the service will also publish "speciality lists" which will show off the top documentary features or reality shows.

Netflix also provided additional details about the methodology behind the company's metrics, explaining that the lists would be ranked by hours viewed per title (for movies or for a season of a particular TV show) and that hours would be measured from Monday to Sunday. Seasons will be measured separately and could show up as separate entries in a list. Netflix also says that all titles will be eligible for the list, not just those produced by Netflix. "Given we self-report, we've engaged EY - an independent accounting firm - to review our new metrics, and we will publish their report in 2022," De Rosso added.