Netflix Play Something Feature Being Tested on Android, No Release Date for Mass Rollout Yet

Netflix Play Something shows recommended TV shows or movies based on an individual profile’s viewing history. 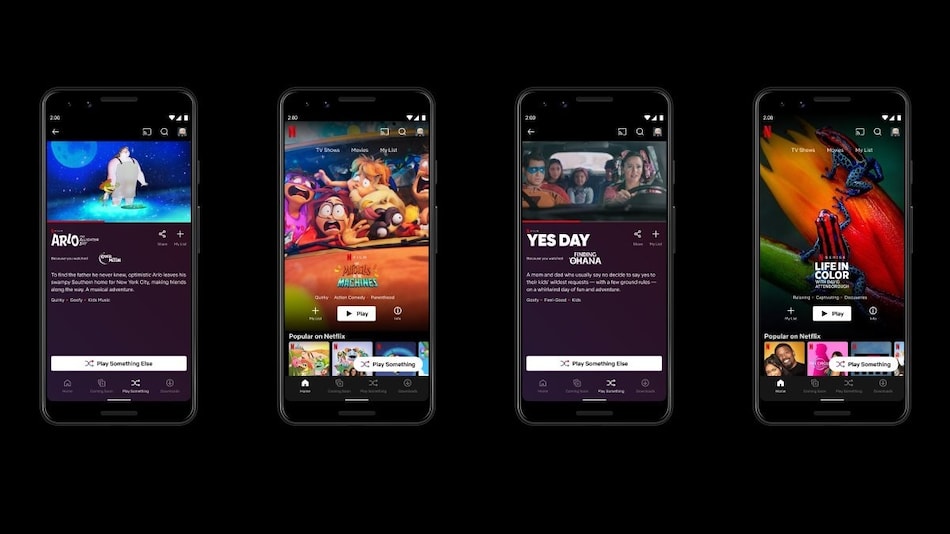 The Play Something feature works with one profile in mind that means the shows or movies it recommends are based on what that profile user likes to watch. From the global launch of this feature last month, it can be seen that Netflix really wants its users to make use of this feature as it can be accessed in three areas — on the profile selection screen right under your name, in the navigation menu (wherever available) on the left side of the screen, and in the tenth row on your Netflix homepage.

Gadgets 360 was unable to spot the Play Something feature on the Android app. Since Netflix is currently testing the feature, it may make its way to all Android users in the coming weeks. As of now, there is no information on iOS implementation for Play Something.