Netflix Getting Audio-Only Mode That Shows a Black Screen Instead of Video on Android: Report

The audio-only mode could help in saving data for Netflix users. 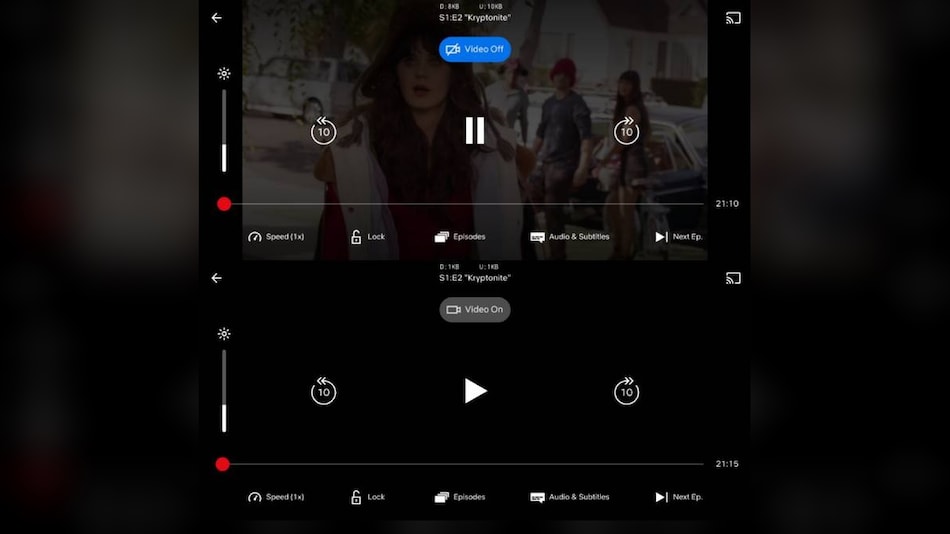 Netflix’ audio-only feature can be enabled or disabled

Netflix is reportedly getting an audio-only mode that will disable the ongoing video for a podcast-like experience. The feature was first discovered in an APK breakdown from back in October and now it seems like the feature has started to roll out. This feature is coming to the Netflix app on Android devices and there is no information on if and when this feature will make its way to iOS platform. The ability to go into an audio-only mode could be an useful feature for some users.

The audio-only feature for the Netflix Android app was first discovered by XDA Developers back in October when they tore down the apk and saw references to turning off video and listening to shows. Now, a fresh report by Android Police states that a server-side rollout has started bringing this feature to the Android app. As per the screenshots shared by the publication, a Video Off option can be seen on the top of a video and tapping on it shows a black screen with just the controls on it.

The settings menu within the Netflix app also shows an Audio Only option that lets you choose when this feature should be enabled. There are three options, ‘Always On', ‘Headphones or External Speakers', and ‘Off.' This mode can help in saving data whether you are on Wi-Fi or not. It also allows you to multi-task, just like podcasts. However, there probably aren't many shows you can enjoy without actually watching the video.

As stated by the publication, it is a server-side update and will take time to reach all users. Gadgets 360 could not spot the feature on the updated Netflix app on Android.

Recently, Netflix reportedly started testing a new Kids Activity Report to help parents understand what their kids stream on the platform. It is only available in select markets for now. Netflix has also offered the option to opt in to these regular reports.