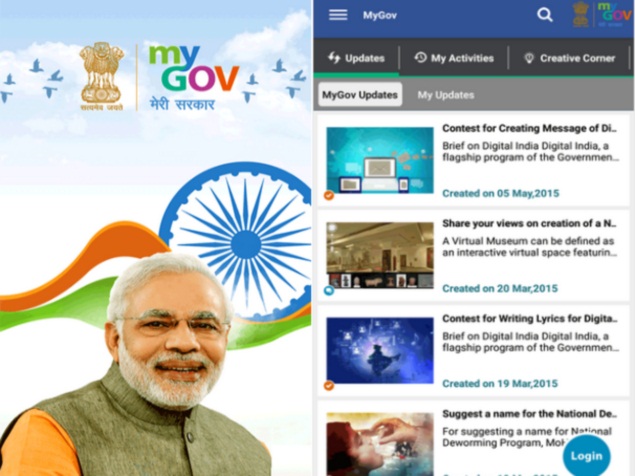 The makers of MyGov mobile app, which connects the Indian government with citizens for good governance, said on Tuesday that they hope to make its features available in multiple languages.

The Android app launched on July 1 marking the start of the Digital India Week, is a crowdsourcing platform in English that allows Indian citizens to directly contribute to decision making of the Narendra Modi government.

Developed by Kolkata-based IT entity IndusNet Technologies (INT), it has since launched on Google Play app store with more than a 1,000 installations already, said INT founder CEO Abhishek Rungta.

"We are aiming at enhancing the features. It is currently available only in English but one of the suggestions users have is language so we hope to make it available in multiple languages," Rungta told IANS.

"It would even enable users to take pictures on a real-time basis using the phone camera and use the photo gallery of the phone for attaching images while posting comments," Rungta said.

The makers are also creating a 'survey software' for engaging all tiers of the government, from panchayat to the top-level, on suggestions and comments, he added.