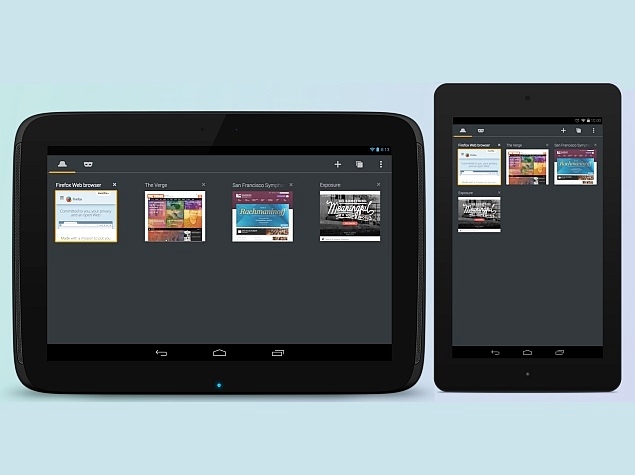 Mozilla last week launched its Firefox 36 version for desktops, followed by the same version for Android devices. The on Monday also launched the 64-bit Firefox Developer Edition for Windows.

The browser is limited to 4GB of address space. Mozilla in its blog post said that heap sizes in 32-bit browser are recommended to be 512MB, while it can reach up to 2GB in a 64-bit browser. "For some of the largest of these apps, a 64-bit browser means the difference between whether or not a game will run," said the post, referring to a game built by Epic Games' Unreal Engine.

It is worth mentioning that Mozilla launched its Firefox Developer Edition in November last year. The firm has been offering 64-bit Firefox for Mac OS X and Linux since years. However, its introduction on Windows platform might lead to a full-fledged launch of the 64-bit browser on the platform by the end of this year.

Firefox 36 for Android, like its desktop counterpart, has included HTTP/2 Support. The new network protocol allows for faster page loads, longer-lived connections and more. However, the most notable change in the update is the revamped tablet user interface, which makes a better use of large screens and is expected to include more features in future.

The new Android tablet interface features a larger full screen tab switcher for easy management of web pages. The firm has added that the page will be receiving more features in future to make full use of the empty space left in the feature. It is worth noting that previously the tab switcher only showed as a column at the left hand side of the browser.

Firefox in its version 36 for Android tablets has also added a full screen tab panel to give a "nice visual overview of your tabs and sets the stage for more advanced features around tab management in future releases." A new search system is also included that shows results from the search history, search suggestions, and the browsing history. The details of the new tablet features can be seen in Mozilla's dedicated blog post.

While the new Android version of the browser, besides introducing the Maithili locale (for Android Lollipop OS), has introduced a number of changes in the HTML codes for developers and has fixed issues regarding VPNs, unexpected logouts from Google and Facebook, and other security bugs. The full changelog can be seen at Mozilla Firefox's release notes page.